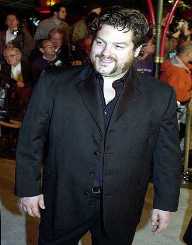 Ted Demme started off as a music producer and ended up in the television and film production.

Ted Demme was born to the family of Frederick and Gail Demme on October 26, 1963. His birth name was Edward Kern Demme. He completed his secondary education at South Side Senior High School. He then proceeded to study at the State University of New York. He graduated in 1985.

Since childhood, Demme had a rare flair of music and athletics. In college, he was a radio host at the university’s WSUC-FM radio station. This helped him sharpen his skills in the production field. Blended with a sense of humor, his talk show was vibrant and popular within and outside the college campuses.

Soon after graduating from college, he got a job at the radio and deletion station MTV. His initial job was of an assistant producer. With hard work and many hours of determined learning, Demme rose to be a producer at the media house. His first work as a producer in 1988 was the production of the show Yo! MTV Raps. With the help of his longtime production partner Peter Dougherty, the show rose up the charts of entertainment fast. Beaming with their initial success, the pair decided to work on more projects together.

The next production was Who’s the Man in 1992. In this production, Demme blended humor and the hip-hop culture to produce a hilarious urban comedy. The same year, he oversaw the production of No Cure for Cancer. The television production featured the famous comic actor Dennis Leary. This made Demme galvanize a group of actors he could use in future productions.

He moved to the movie production world in 1994. Again he teamed up with Leary to produce The Ref. Demme then began his involvement with the famed television series Homicide. After his stint with homicide, Demme was in the thick of another production. In 1996, he produced Beautiful Girls. This comedy was received with criticism among the revelers. This was because he used themes from other previous films. On the other hand, it gave Demme the publicity he wanted. Unperturbed, Demme released another movie in 1997, titled Lock N Load.

The following year he produced yet another movie Monument Ave. In this streetwise production, Demme delved in the typical life of mobs in the streets. This was particularly showcasing the turf wars of the Celtic mafia mobs in the city of Boston. His next movie was in 1999. In the comic movie Life, Demme had among other actors Eddie Murphy and Martin Lawrence. Though he managed to parade many Hollywood stars in it, Demme did not get the expected recognition. Film critics retorted with negativity. It was widely said that the blending of the film was not jelly.

Following the criticism for his movie, Demme went back to his television series production. In the same year 1999, he did a twin production of comedy. The first one was Action. This was closely followed by A Lesson Before Dying. This was set from the 1940s. In 2001, after two years in the making, the movie Blow was released. This movie was pegged on the life of one of America’s drug lords of the 1970s. Again Demme managed to prevail on another Hollywood great for the leading role. Actor Johnny Deep played the role of drug lord George Jung. Demme gained much acclamation from film critics. Ironically Blow would be his last movie production in his career.

Demme was married once in his life. In 1994, he got married to his love Amada Scheer. The couple had two children.

When out of the production studios, Demme was a lover of sports. Most of his free time, he would be watching basketball games. But his love was American football. In particular, he was a die-hard fan of the Green Bay Packers from Wisconsin.

Ted Demme passed away in 2002. His death came after losing consciousness while playing basketball. He was pronounced dead on January 13. The coroner’s report said he died of a cardiac arrest.

To commemorate his life, his wife opened a bar at the Roosevelt Hotel in Hollywood. She named it Teddy. Demme was awarded an Emmy Award for his production A Lesson Before dying in 1999.