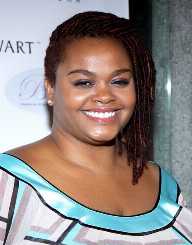 Jill Scott is an American singer and actress who is best known for her appearances in The No 1 Ladies Detective Agency and her album Who Is Jill Scott? Words and Sounds Vol. 1.

Jill Scott was born on 4 April 1972 in Philadelphia in Pennsylvania. Her mother, Joyce Scott raised Scott. Scott went to the Philadelphia High School for Girls. Upon graduation, Scott went to Temple University to study. Scott studied education and planned to become a high school English teacher. Scott served as a teacher’s aide for a time, and the experience put her off pursuing the career. Scott took some different jobs to make ends meet while studying; she worked on construction sites and in an ice cream parlor.

Jill Scott decided to become a performer and started out as a spoken word artist. Scott’s first success came when she worked with the band The Roots on the song; You Got Me. Scott helped co-write the song, and it went on to win a Grammy. Scott performed with the band during a tour following the success of the song. Scott also was cast in a role for a touring production of the musical Rent. Scott released a debut album, Who Is Jill Scott? Words and Sounds Vol. 1 in 2000. The most notable track on the album was the Grammy-nominated, A Long Walk.

Scott also began taking acting classes around the turn of the millennium. In 2004, Scott released a second studio album, Beautifully Human: Words and Sounds Vol. 2. The album featured Scott’s Grammy-winning track, Cross My Mind. The same year Scott appeared in some episodes of the TV show, Girlfriends. Despite evolving to singing, Scott continued to write and perform poetry. A compilation of her poems was published in 2005. 2007 saw Scott secure another Grammy when she appeared on the Billy Holiday written collaboration single; God bless the Child. The Real Things: Beautiful Words and Sounds Vol. 3 was released in 2007. The same year Scott made her film debut in, Hounddog.

Scott began working with Warner Brothers, and her first album with them was 2011’s, The Light of the Sun. It reached number one on the American Album charts and sold nearly half a million copies. The album featured the successful singles, So In Love, So Gone and Blessed. In 2012, Scott appeared in a remake of the film, Steel Magnolias. The film also featured, Queen Latifah and Alfre Woodard. Scott scored her second number one with her 2015 album, Woman.

Scott married her long-time boyfriend, Lyzel Williams, in 2001. The couple was married in Hawaii. Williams works as a DJ and graphic designer. The pair divorced in 2007. Scott has a son, Jett Hamilton Roberts, who was fathered by drummer, John Roberts. Scott and John Roberts were briefly engaged in 2008. In 2016, Scott married Mike Dobson.

Jill Scott created the Baby Blue Foundation to help minority students attend university. The foundation is named in honor of Scott’s grandmother. Scott donated one hundred thousand dollars to the foundation during its establishment.