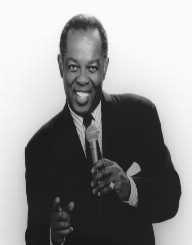 Lou Rawls was born on December 1, 1933, in Chicago, Illinois, USA. He was raised by his paternal grandmother.

In the early 1950’s, Lou Rawls moved to Los Angeles to begin his professional music career. He first performed in the Chosen Gospel Singers group. He later joined another religious singing group --the Pilgrim Travelers with Sam Cooke.

However, Lou Rawls took a three-year-long break from music from 1955-1958 to serve in the United States military. When he returned, he rejoined the Pilgrim Travelers for a short time. However, his musical career with this band was interrupted quickly, as he was in a car accident, which led to him being in a coma.

After waking from his coma, Lou Rawls decided to perform more secular music, instead of religious gospel songs. However, many of his songs were still influenced by gospel music. So, in 1959, Rawls signed on with Capitol Records, and he started to release albums in the 1960’s. In this decade alone, he released almost twenty albums. Some of his memorable albums from this decade include For You My Love, Soulin’, Feelin’ Good, Your Good Thing, and Close-Up.

Lou Rawls was extremely successful in the 1960’s, but his fame began to waver in the 1970’s. Some of his records were hits, while others barely registered on fans radars. It was also in the 1970’s that he began working with MGM Records to produce three of his albums (Natural Man, Silk & Soul, and A Man of Value). He then switched record companies three more times before working with Philadelphia International Records for most of the 1970’s. Some of his other famous records from this decade were All Things in Time, Unmistakably Lou, and Let Me Be Good to You.

More of Lou Rawls music was popular during the 1980’s. However, he did not produce as many records as he had in previous decades because he was also focusing on acting around this time. During this decade, he worked with several different record companies, including Philadelphia International, Epic, and Gamble-Huff. Some of his records from this decade include Close Company, At Last, Family Reunion Now is the Time, and Shades of Blue.

Lou Rawls continued to produce music at about the same rate he did in the 1980’s during the 1990’s. Again, he often worked with different recording companies, including a couple of new ones like Blue Not and Cema Special Markets. Some of his albums from this decade include Unforgettable, Holiday Cheer, and Portrait of the Blues.

Lou Rawls produced less than ten albums during the 2000’s, with this last album, Lou Rawls Christmas, being released shortly before his death in 2006. Some of his other albums from this decade include Oh Happy Day, I’m Blessed, and Trying as Hard as I Can.

Rawls’s first acting gig was in 1960 when he had a bit role as a safari attendant in the show 77 Sunset Strip. However, his second acting gig wasn’t until 1969, when Lou Rawls appeared in one episode of The Big Valley television show. He also appeared on several other shows and movies during this decade. He also only had one role in the 1970’s as Vance Logan in the television show Mannix in 1972.

It wasn’t until the 1980’s that Lou Rawls became more serious about his acting career. Still, he only appeared in a few television shows in bit parts. The shows he appeared on included The Fall Guy, Fantasy Island, Tall Tales & Legends, and This is America, Charlie Brown.

In the 1990’s, Lou Rawls started to take on more voice-acting roles, like he had down in his previous Charlie Brown appearance. One of the shows that he had a voice-acting role on was Captain Planet and the Planeteers. In 1995, Rawls earned his first recurring acting role as Lou Raymond in Baywatch Nights. He acted in this show for an entire season. He later earned a recurring voice acting role on the cartoon Hey Arnold! As various characters. Some of the other shows and films he appeared in during this decade included Leaving Las Vegas, Dream on, The Price of Kissing, Motel Blue, Blues Brothers 2000, and Malevolence. Lou Rawls continued to act in the 2000’s until his death. Some of the last shows and films he worked on included Bel Air, Betaville, The Code Conspiracy, and Everything’s Jake.

Lou Rawls earned awards for both his music career and acting career. Some of his most impressive awards are listed below.

Lou Rawls earned his Star on the Walk of Fame in 1982.

Lou Rawls didn’t just use his musical talent for his good, but for the good of others as well. He often performed charity concerts to help military families and African-Americans. Some of the charity groups he gave money to or performed concerts for including the United Negro College Fund.

Lou Rawls married Lana Jean Taylor in 1963. This couple later divorced in 1973. He then married a woman named Ceci in 1989. This couple also divorced shortly afterward. He was married most recently to Nina Malek in 2004 until his death in 2006. Rawls also had four children, Aiden Rawls, Jouanna Rawls, Lou Rawls, Jr., and Kendra Smith.