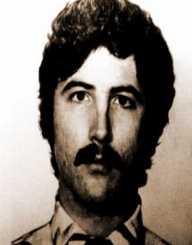 Kenneth Bianchi was given the code name Hillside Strangler by the Los Angeles Police Department. Together with his cousin accomplice, he committed heinous murders before his arrest and conviction.

From his childhood, his life was troubled. Born and given up for adoption by his alcoholic mother, he was taken in by the Bianchi. His records put his birthday as May 22, 1951, and the place as New York. A couple Nicholas and Frances Bianchi legally adopted him on August of that year. Thus, they gave him the name Kenneth Allesio Bianchi.

Bianchi had a strange personality from his childhood. His aggressive nature put him in loggerheads with his mother so often. Though physically normal, psychologically something was amiss. Bianchi was slow to grasp things in class. He exhibited violent tantrums for a child of his age. He lied most of the time, and he had a urinary disorder. Unlike other children of his age, he could not control his urinary system. This embarrassment had a profound impact on his self-esteem. His bizarre character was exposed at the death of his father in 1964. Bianchi who was 13 never shed a tear for his adoptive father.

Despite his troubled school life, he managed to complete his secondary education. After leaving Gates-Chili High School in 1970, Bianchi enrolled in college. Due to his lackluster performance, he never finished his studies. Bianchi did odd jobs for his upkeep. He tried to settle in marriage but broke up with his wife in less than a year.

His childhood dream of joining the police force was thwarted twice. He failed his entry test in New York. Frustrated, he signed up with a security guard firm. Guarding a jewelry store, Bianchi embarked on a stealing escapade. He passed his stolen ornaments to girls he admired with the hope of dating them.

Frustrated by himself in New York, Bianchi left for Los Angeles in 1976. He was immediately charmed by the flamboyant lifestyle of his cousin Angelo Buono. Buono who was 17 years older than Bianchi quickly gained control of his cousin’s mind.

His send attempt to join the police was again rejected by the Los Angeles Police. Bianchi, however, settled for a clerical job. To impress his girlfriend, Bianchi opened a counseling center with fake degree qualifications in 1976. Kelli Boyd left him after discovering his fake degree.

With his life expectations going astray, he sought solace in his elder cousin Buono. Buono had a sadistic character. Together they embarked on a journey that culminated in several rapes and heinous murders. Passing off as undercover policemen, they lured unsuspecting young women to their deaths. Buono who had a previous history of crime orchestrated most of the plans. Bianchi executed them. The plan was simple, effective and fatal. They offered ladies lifts in their “police car” and drove them to Buono’s house.

They raped and killed them. After killing them, they cleaned the bodies of any evidence and dumped them. By the time of their arrest, they had claimed 12 victims. The oldest Jane King was 28, while the youngest Dolores Cepeda was 12. According to records, the two committed their first murder on October 17, 1977, and the last one on January 11, 1979.

Having split from his cousin, Bianchi decided to continue on a solo killing spree. While working in Bellingham, he killed two women on January 11, 1979. A witness led the police to Bianchi who was last seen with the victims. Bianchi was arrested and implicated Buono in the murders. Bianchi was convicted to 9 life jail terms. After his conviction, Buono was jailed for life without any chance of parole.

Bianchi’s girlfriend tried to help him evade justice. She had planned to kill a female victim and place incriminating evidence at the crime scene. This would have led the police to believe that Bianchi was not the serial killer. Bianchi was arrested and tried. He was later convicted of attempted murder.

Kenneth Bianchi was a strange character. His frustrations in life led him to the wrong path. The discovery of his adoption, stigmatization in school and rejection by the women he loved compounded his woes. His sadistic cousin Buono proved gave him a life that would prove detrimental to Bianchi.