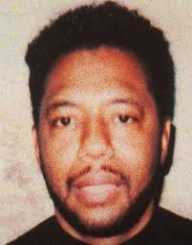 Willie Lloyd rose to fame as the leader of The Almighty Vice Lord Nation, one of Chicago’s most notorious street gangs. Currently, he withdrew from his involvement with the group and has taken to becoming an advocate of peace.

A native of Chicago, Illinois, Willie Lloyd grew up without any parents or guardian to supervise him hence his initial involvement. At the age of 12, he joined the Unknown Vice Lords, a local gang prominent during the 1960s.

As it turns out, Lloyd has a knack for being a leader as evident within the group. Two years after joining the gang, word has gone around that his recruiting skills led to 1,000 followers, which ultimately expanded the group. He was only 14 at the time.

Willie Lloyd landed himself in jail for the first time in 1971 when he, along with three other Vice Lord members, rented a motel in Davenport, Iowa and proceeded to break into the other hotel rooms. Lloyd and the gang robbed the tenants and the motel and even held them at gunpoint.

Authorities soon came after them which prompted a shootout that ended up with one member of the gang killing a state trooper. The said incident landed him, and his companions in jail wherein Lloyd received a 25-year sentence. He was only 20 years old at the time of the event.

Despite receiving a 25-year sentence, Willie Lloyd only served 15 for the crime of which upon his release, he already attained the utmost respect of his fellow gang members.

The King of the Vice Lord Nations

When Willie Lloyd came back to Chicago, he took the seat of the leader and proclaimed himself at the top position. As a gang leader, he also thought of ways to procure more ways to get income for the gang. He foresaw drug-dealing and implementing street taxes to anyone who did business with the gang. Failure to comply ended up being murdered or extorted.

With the growing number of crime, local authorities were set to put him back in prison but were unable to find charges that would cement Lloyd in prison. Luck came to the authorities’ side in 1988 when Willie Lloyd got pulled over for traffic violation. Upon closer inspection, they discovered that he was carrying a MAC-10 submachine gun and a 9 mm gun.

This illegal activity ended up with Lloyd spending time in prison for three years at Logan Correctional Center. While still behind bars, he still managed the operations of the gang, but inside, he came to develop an addiction to heroin, which questioned his leadership of the gang.

Upon finishing his sentence, Willie Lloyd went back to Chicago to resume his position as leader of the gang, but several members already opted for a new leader. Tyrone “Baby Tye” Williams was in the contest for the position of leader in the gang and even organized a faction against Lloyd. In retaliation, Lloyd abducted William’s brother for ransom when William refused to pay a $6,000 debt to Lloyd.

Williams got his brother back, but in return, he sent his men to shoot up Lloyd’s relatives while in a vehicle that resulted in the death of Lloyd’s infant son. From this violent exchange, a gang war ensued that lasted for a while until Williams was put behind bars for the murder of Lloyd’s relatives.

The same time Williams was incarcerated in 1994, an anonymous tip was sent out to the police that Willie Lloyd had an illegal weapon. Authorities followed through and raided Lloyd’s house and found a 9 mm handgun. Despite Lloyd contesting that the gun was planted, he was arrested and sentenced to serve in a 24-hour lockdown facility for eight years.

When Willie Lloyd was released in 2002, he opted to walk away from street life and became a mediator for gang wars. He worked with Chicago’s School of Public Health under the program of Chicago Project for Violence. He also reached out and became an active member in one of Westside Church’s project called CeaseFire that aims to mediate and mentor gangs.

A year after his release, some of his enemies still has not forgiven Lloyd for his crimes which ended up with Lloyd being shot six times in August 2003 while walking his dogs in their community.

Willie Lloyd survived the shooting, but the incident left him paralyzed from the neck down. Regardless of his predicament, Lloyd continues to mediate amongst gang members and also serves as a spokesman for anti-gang efforts.