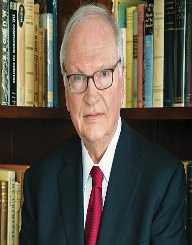 Park Elliot Dietz born in the year 1948 on the 13th of August became one of Americas established psychiatrists. Also, Park got so many opportunities to serve as an expert witness in many of Americas high profile cases. The leading case that brought him to the limelight was his consultation and testimony on the trial of John Hinckley, 1982. The man had tried to kill the then president of the United States Ronald Reagan.

The attempted assassination of the president took place in the year 1981, on the 30th of March. Also during his lifetime, Park has managed to testify and consult in other cases like the Unabomber, Beltway sniper attacks, Joel Rifkin, Jeffrey Dahmer, and Jared Lee Loughner. Also, Park is a criminologist. So, in the year 1987, he established the Threat Assessment Group (TAG). The company specializes in the analysis of threatening situations and how to manage them.

Also, they teach matters that deal with stalking, communications, domestic violence and the risk arising from them. The company also deals with the issues of weird activity that may occur from schools, colleges, and corporations. On the other hand, Park also opened up Park Dietz & Associates. This company deals with many things including forensics and litigations among others.

In the same year of his graduation, he got a scholarship from the Senate to study at the University of Pittsburgh School of Medicine. However, in the year 1972, he transferred his credits to John Hopkins University that was also a hospital. In the period when he was there, Park also got to earn himself a Master's degree in Public Health.

Sometime after Park had done his residency in psychiatry, that was around 1978, he took up work with Harvard Medical School. At the time he was youngest teaching assistant professor ever in the school. He was only 29 years of age. Moreover, during this period, Park also took up the role of being the director of forensic psychiatry with the Bridge State Hospital.

His interest in the psychiatric world took him led him to work with the criminally insane. Four years later, Park took another job as an associate professor at the University of Virginia in the year 1982. At the school, he taught law and behavioral medicine. Also, he taught psychiatry at UVA's law school. After six years of teaching, he got the promotion as a professor in both the fields.

In the year 1981, a man by the name of John W. Hinckley made an attempt on the life of President Ronald Reagan. The event took place just outside the D.C Hilton hotel when the president was leaving. So, during the trial of John, Park was called as an expert witness. During this period, he was still a teacher at Harvard Medical School. At the trial Park told the jury that John made a move to impress Jodie Foster who was an actress.

The prosecutor of the case tried to make the point that John was a sick man and did not wit what he did. However, in a 628-page report of Park and his team read differently. The patient and suspect John was a disturbed man. However, he was also of sound judgment. Moreover, he was able to formulate the plan to kill the president and execute it. Therefore, none of his personality issues was a hindering factor from prosecution.

According to Park, John was of sound mind to know all his actions. Some of the examples included the fact that he knew the kind of bullet that would do the most damage. Also, how did he decide on where to go for breakfast? Moreover, how did he know how close to get to the president to do the most damage. These were some of the few reasons among many more that clearly stated that John knew what he was doing.

After, the trial, Parks fame shot through the roofs. Most of the law practitioners were so interested in his knowledge of delinquent behaviors. After that, most people, especially in law enforcement, sought out his expertise. In the year 1988 almost after six years of being a professor at UVA, he quit to open a consulting firm. The later year saw him consulting in multiple other cases that were also high profile like the Unabomber case.