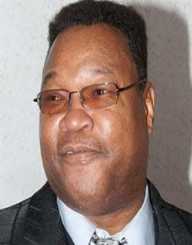 Larry Holmes was born on 3rd November 1949, to John and Flossie Holmes. He was born in Cuthbert, Georgia, in the United States. Holmes came from a large family, with 11 siblings.

In 1954, the family moved to Easton. John Holmes moved to Connecticut to work as a gardener. He visited the family every three weeks, but he stayed in Connecticut until 1970 when he died. The family lived mostly on welfare, and Holmes dropped out of school in the seventh grade to get a job to help the family. He worked in a car wash for one dollar per hour.

Larry Holmes started his amateur boxing career our boxing career at the age of 19. With an amateur record of 19 wins three losses, in 1973, Holmes turned professional. He sparred with some of the best boxers in the world, including, Muhammad Ali, Joe Frazier, and Earnie Shavers.

In March 1978, Larry Holmes caused an upset win against Earnie Shavers, which gained him attention and started to establish his reputation. In June, he fought the WBC Heavyweight Champion, Ken Norton. The fight was extremely close, but Holmes won by a split decision.

In June 1982, Larry Holmes had a match against Gerry Cooney to defend his title. Cooney was an undefeated contender at the time, and the lead-up to the match was not pleasant, with subtle racial undertones and favoritism towards Cooney. President Reagan had a phone put in Cooney’s dressing room, so he could ring Cooney to congratulate him if he won the title. Larry Holmes had no such phone in his dressing room. Cooney was also introduced last going into the ring, and boxing tradition always had the champion introduced last.

The match was held at Caesar’s Palace in Las Vegas. With millions watching from all over the world, Holmes won the fight. He and Cooney went on to become excellent friends. In September 1983, Holmes defended his WBC title for a staggering sixteenth time, and he won. He then agreed to fight Marvis Frazier, the son of Joe Frazier. The WBC wouldn’t sanction the fight because they wanted Holmes to fight against Greg Page, the contender to the title.

Larry Holmes took the match with Frazier as it was worth much more money to him. In November he fought and won against Frazier, and in December he gave up his WBC title. With his win against Frazier, Holmes became the World Heavyweight Champion with the International Boxing Federation.

It was 12 months before Larry Holmes defended his IBF title. In November 1984 he won his match against James “Bonecrusher” Smith. He defended the title again in early 1985.

In September 1985, Holmes lost to Michael Spinks. Spinks was a light heavyweight champion, and he moved up a division to win the title against Holmes. He fought Spinks for a second time in April 1986, which Spinks again won.

In November 1986, Larry Holmes announced he would be retiring.

Larry Holmes was savvy with his winnings and invested his money in boxing. After his retirement from boxing, he owned two restaurants, a nightclub, an office complex, a snack food bar, a training facility, and slot machines, employing over 200 staff.

During his boxing career, Holmes had 75 fights. He won 69 of them, and he lost just six.

2008: Inducted into the International Boxing Hall of Fame

Larry Holmes married Diane in 1979. The couple has two children.