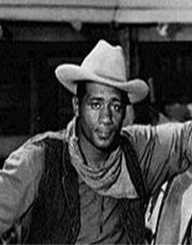 Floyd Patterson was an American professional boxer. He was a two-time world heavyweight champion.

Patterson was born on January 4, 1935, in Waco, North Carolina. He was one of 11 children to Thomas and Annabelle Patterson. The family was impoverished. They later moved to Brooklyn, New York, but their finances were not better.

Floyd Patterson was not a good student and did not like school at all. At the age of 11, he still could not read or write. He was sent to Wiltwyck School for Boys in New York. Not only did he get an education, but he also learned how to box.

Floyd Patterson's amateur boxing career started in 1950. He was training with Cus D’Amato in Manhattan, New York at Gramercy Gym. He was a two-time New York Golden Glove winner in 1951 and 1952. He qualified for the 1952 Olympics and won the gold medal in the middleweight division.

After his success at the Olympics, Patterson went pro. He moved up to the light heavyweight division and won all but one fight throughout four years. In 1956, he fought for the heavyweight championship and was the youngest winner in history at the age of 21. He held on to that title until 1959 when he was defeated by Ingemar Johansson, but was able to regain the title in 1960.

Patterson struggled as he turned 30 but continued to fight. He even went up against Muhammad Ali in 1965. Although he lost the fight, he lasted 12 rounds. The two faced again in 1972. The fight was called in the seventh round because of a swelling cut near his eye. Even though Patterson never officially retired, that fight was the last one of his career.

Floyd Patterson's expertise served him well from 1977 to 1984 when he was the supervisor of boxing for the New York State Athletic Commission.  He was named chairman in 1995. Patterson retired from the position in 1998.

Floyd Patterson married Sandra Hicks. They divorced in 1969 when she wanted him to quit boxing. He later married Janet Sequist, and they stayed together until his death.

Patterson died on May 11, 2006, in New Paltz, New York. The cause of death was the effects of Alzheimer’s and prostate cancer.

Floyd Patterson was diagnosed with the onset of Alzheimer’s diseases in 1995. It affected his ability to work as chairman of the Athletic Commission and caused him to retire early. He was also diagnosed with prostate cancer which also led to his death.