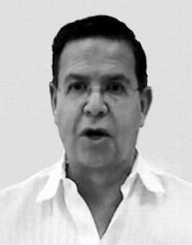 Rafael Leonardo Callejas Romero is a Honduras politician and a former president of that country. Born on November 14, 1943, he served as the president from 1990 to 1994 running on the ticket of the National Party of Honduras(PNH). Callejas started a career as a banker and economist working at the Council for Economic Planning for four years from 1967 to 1971 becoming its director in 1968. In 1975, President Juan Alberto Melgar appointed him as the Minister for Agriculture and Natural Resources. Serving as the treasurer for the National Party of Honduras, he rose through the ranks to preside over the central committee of the party.

He unsuccessfully contested for president in 1981 and again in the 1985 presidential election, receiving 42% of the votes. Rafael Leonardo Callejas Romero then returned in the 1989 election and this time, won with 52.3 % serving a four-year term from 1990 to 1994. During his term of office, he took giant steps and contributed to the social and economic standards of the country but faced several challenges in the process.

Rafael Leonardo Callejas Romero was born on November 14, 1943, in Tegucigalpa in Honduras. He received his tertiary education from Mississippi State University where he studied economics. His studies made him an expert in economics and agronomy. He graduated with a Bachelor of Science degree in 1965 and his Masters of Science degree in 1966 with his thesis titled Hog Production Opportunities in Mississippi.

After receiving his masters, Rafael Leonardo Callejas Romero was employed at the Council for Economic Planning in 1967 where he would work until 1971. The then Honduras President, Oswaldo Lopez appointed him as the Director of the Economic Planning in 1968. After General Juan Alberto Melgar took over the presidency, he appointed Callejas as the Minister for Agriculture and Natural Resources in 1975.

Rafael Leonardo Callejas Romero joined the National Party of Honduras (PNH) rising to become the treasury of the party in 1980. He was selected by the party as its presidential candidate in 1981 after the military had agreed to conduct an election that year following the coup d’etate but lost to Roberto Suazo Córdova of Liberal Party (PLH).In 1982, he became the presiding officer of the central committee of the PNH.

During the tenure of the President Ricardo Maduro’s led PNH government, Rafael Leonardo Callejas Romero supported his Unidad y Cambio (Unity and Change) movement that changed the cause of the party towards a more center and liberal economic path. As he gained popular within the party, he created a faction, the Movimiento Nacional Callejista (National Callejista Movement), that advanced his presidential ambitions. This helped him to obtain the presidential candidature of the party during the 1985 elections. He obtained 42.6% of the total votes while the candidate for the PLH candidate had 51.5% of the votes.

In 1989, Rafael Leonardo Callejas Romero was selected again by the National Party of Honduras as its presidential candidate for that year’s election. He was however successful in winning by 52.3% of the total vote making him the first president of the party since 1972. After assuming office, Callejas faced several challenges especially in the economic sector of the country that forced him to enroll on an International Monetary Fund (IMF) program.

The results of this were cutting public spending by laying off workers and devaluing the country’s currency, Lempira. The devaluing rather came with intense hardship to the people as the same devalued currency was given to the people as the Honduran Central Bank at the time had no dollars. There was also a shortage of gasoline which saw vehicles lined up at various gas stations for fuel. The hardship and other adverse effects of the economic hardship called for several strikes in the country.

The country gained some form of relief when the United States write-off the country’s $US430 million debt, in September 1991. His administration, however, received some successes in the later years in government. There were improvements in the infrastructural development of the country, 8% reduction of poverty. There were developments in the social sector complemented by the creation of the Family Assistance Program (PRAF) and the Honduran Fund for Social Investment (FHIS). He did not contest for re-election after the end of his tenure in 2016.

Rafael Leonardo Callejas Romero served as the President of the Federación Nacional Autónoma de Fútbol de Honduras, serving until 2015. It was during his tenure that Honduras qualified for the FIFA World Cup for the first time in 2010 and again in 2014. The sporting activities in the country increased significantly during his time. He was indicted for corruption in the U.S. Federal Court on December 3, 2015, in connection with the 2015 FIFA Corruption Case.

Rafael Leonardo Callejas Romero pleaded guilty to his charges on March 27, 2016, for accepting $500,000 in bribes in 2012, which he shared with another football official. The FIFA Ethics Committee subsequently banned him for life in December 2016.

Rafael Callejas is married to Norma Gaborit with whom he has three children.

Rafael Leonardo Callejas Romero was awarded an Honorary Professor at Mississippi State University in 1989 and was conferred with Doctor Honoris Causa by the Mexican University of Guadalajara in 1993.