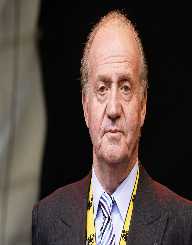 Juan Carlos I of Spain was the former king of Spain born on January 5th, 1938. He came to power in 1975 and ruled till 2014. He is best remembered for introducing Spain’s liberal democracy. This marked the end of the oppressive rule the people of Spain had suffered under General Franco. He even legalized the marriage between members of the same sex during his time in power. He toured many foreign countries and met with their head of states. He created new ties between France and Spain in 1976. 15 years later he visited Bill Clinton, who was the U.S president at the time.

Juan Carlos I of Spain was born on January 5th, 1938. His place of birth is in Rome, Italy. His family was in exile at the time. He is the son of Juan de Borbon and Maria Mercedes. His father was the Count of Barcelona.

Juan Carlos began his education in 1947 in Spain. Initially, he studied in San Sebastian. He later joined the San Isidro Institute in Madrid. Seven years later, he had completed his formal studies in Spain. Subsequently, he enrolled in the Royal Military Academy situated in Zaragoza from 1975. Two years later he finished his studies in the academy. He then furthered his education at the Naval Military School. In 1960, he took courses in public finance and law. This was at the University of Madrid.

General Franco, the then ruler of Spain, took a liking to Juan Carlos. He was not an heir to the throne, but the general groomed him to be future king anyway. By 1969 he became the Prince of Spain. General Franco was a dictator, but Carlos had to work with him now that he had been made Prince. He attended many ceremonies along with the general. In 1974 to 1975, General Franco was incapacitated temporarily. During this time, Carlos assumed his duties as the head of state.

During the last days of Franco, he gave Carlos all the power to rule the country. A few weeks later in November 1975, he passed on. The parliament of Spain then declared Juan Carlos as the new king of Spain.

During his time in power, Juan Carlos did not follow the dictatorship footsteps of General Franco. Instead, he chose to be a liberal leader. Liberal policies were put in place along with limited abortion rights. In 1976 he traveled to America. He was the first Spanish monarch ever to visit the states. He also visited some heads of foreign states during his time in power.

He created a good relationship with France after he visited the country in 1985. He even visited Bill Clinton, the then US president. Later in 2005, a law was put in place in Spain that allowed same-sex marriages.

The great liberal king, however, was faced with a few controversies during his time in power. Some of his family members were accused of financial irregularities. He toured Botswana in 2012 for a luxury holiday along with his family. Spain was going through a tough economic situation at the time. The people of Spain, therefore, criticized his luxurious holiday. Two years later, he stepped down for Felipe, his son.

In 1962, Juan Carlos tied the knot with Princess Sophia. She is a princess of Greece and Denmark. Together they have three children: Felipe, Infanta Cristina, and Infanta Elena. He has three siblings.