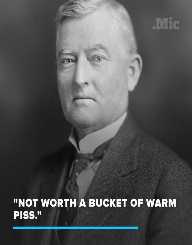 John Nance Garner wanted to advance his political career as he contested for the Democratic Presidential nomination in 1932. Other contestants for the seat were Franklin D. Roosevelt, governor of New York and the strongest contender. Roosevelt failed to gain the necessary vote and therefore made a deal with Garner to make him his Vice-Presidential candidate.  On November 8, 1932, John Nance Garner was elected as Vice President of the United States and the same day was re-elected into the House of Representatives. This made him the second after Schuyler Colfax to become Speaker of the House and President of the Senate.