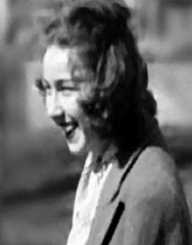 Mary Flannery O’ Connor was born on March 25, 1925. She was an American novelist and essayist. She also wrote short stories. In her lifetime, she also wrote several reviews and commentaries. Mary died on August 3, 1964, at the age of thirty nine.

Mary Flannery O’ Connor was born on March 25, 1925, in Savannah in Georgia in the United States of America. She was born to Edward Francis O’Connor and Regina Cline. She was an only child. In 1940, her family moved to Milledgeville in Georgia. There they lived at the Andalusia Farm. In 1941, her father died of systemic lupus erythematosus.

In 1946, she joined Iowa Writers’ Workshop at the University of Iowa. At the school, she studies journalism as well. In 1947, she obtained an MA from the university. In 1948, she went on with working on ‘Wise Blood’ at Yaddo in Saratoga Springs in New York. The following year, she went to stay with Robert Fitzgerald and his family.

In 1955, Flannery O’ Connor published the book on short stories ‘A Good Man is Hard to Find.’ Other short stories she published in the 1950s and 1960s include ‘The Best American Short Stories,’ ‘Prize Stories’ and ‘Everything That Rises Must Converge’ among others. The two novels that she published include ‘Wise Blood’ in 1952 and ‘The Violent Bear It Away’ in 1960. She died before finishing her novel ‘Why Do the Heathen Rage?’

In her lifetime she wrote two novels and thirty two short stories.  She was a Southern writer, and most of her works were influenced by the occurrences in the South. She was inspired to write by writers and critics such as John Crowe Ransom, Robert Penn Warren, Robie Macauley, Austin Warren, Paul Engle, and Andrew Lytle among others.

Flannery O’ Connor also loved writing letters, some of the letters she wrote to writers such as Robert Lowell, Elizabeth Bishop, Samuel Ashley Brown who was an English professor and Maryat Lee who was a playwright. Some of her letters were published after her death by Sally Fitzgerald titled ‘The Habit of Being.’ Sally was a good friend to Mary before she died. Mary mostly wrote on the Catholic faith. She was a staunch Catholic who viewed life critically through religion. She also loved birds, and that is why most of her writings carry the imagery of birds.

In 1952, Flannery O’ Connor was diagnosed with systemic lupus erythematosus which made her return to her family’s farm in Georgia. She passed away on August 3, 1964, of lupus in Baldwin County Hospital. She died at the age of thirty nine. Her remains were buried at the Memory Hill Cemetery in Georgia.