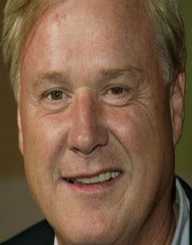 Christopher John Matthews is an American talk show host, political commentator, and author. Born on December 17, 1945, he is best known nightly television talk show, Hardball with Chris Matthew on MSNBC. Matthews was the host of the syndicated NBC News weekend program The Chris Matthews Show from 2002 to 2013.

As a politician, Matthews unsuccessfully ran for the US House of Representatives on the ticket of the Democrat in 1974. He was the presidential speechwriter and press-relations officer for the President’s Reorganization Project under President Jimmy Carter’s administration. Matthews also served as the top aide of House Speaker Thomas P. (Tip) O’Neil during the 1980s.

Christopher John Matthews was born on December 17, 1945, in Philadelphia, Pennsylvania to Mary Teresa (née Shields) and Herb Matthews. His father was a court reporter. He received education from La Salle College High School and graduated from the College if the Holy Cross in Worcester, Massachusetts. He enrolled at the University of North Carolina at Chapel Hill, where he studied economics. From 1968 to 1970, he served as a trade development adviser in the US Peace Corps in Swaziland.

Chris Matthews is a Democrat. He served as an officer with the US Capitol Police when he first moved to New York. He would later serve as a staff of four Democratic Members of Congress including Edmund Muskie and Frank Moss. With his political ambitions, he unsuccessfully ran for the Democratic Party’s Pennsylvania 4th congressional district seat in the US House of Representatives in 1974. He had 24% votes during the primary.

He served as the presidential speechwriter under Jimmy Carters administrations. He also worked as the chief of staff to Speaker of the House of Representatives Tip O’Neil for six years.

Chris Matthews' career started in the print media, spending 13 out of his 15 years career as Washington D.C. bureau chief for the San Francisco Examiner from 1987 to 2000. The other two years was with the San Francisco Chronicle as a nationally syndicated columnist. Matthews had his nightly talk show, Hardball with Chris Matthews in 1997. The show started on America’s Talking but later moved to MSNBC with guests being elected officials. He started the syndicated weekend panel discussion show, The Chris Matthews Show in 2002 on MSNBC. The program, which ran until 2013, had four journalists as a panel with Matthews as the moderator.

Matthews has authored eight best selling books Bobby Kennedy: A Raging Spirit (2017), Tip and the Gipper: When Politics Worked (2013), Jack Kennedy: Elusive Hero (2011), Life's a Campaign: What Politics Has Taught Me About Friendship, Rivalry, Reputation, and Success (2007) and American: Beyond our Grandest Notions (2002).  Others include Now, Let Me Tell You What I Really Think (2001), Kennedy & Nixon: The Rivalry that Shaped Postwar America (1996) and Hardball: How Politics is Played, Told by One Who Knows the Game (1988).

In 1980, Chris Matthews married Kathleen Matthews, who served as an executive vice president with Marriott International. She was also an anchor of News 7 on WJLA TV, an affiliate of ABC in Washington. A female assistant producer for on Matthews’s show accused him of making derogatory comments and jokes about her in 1999. The accuser was later given a $40,000 separation package settlement, while CNBC reprimanded Matthews.