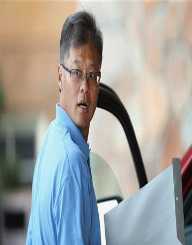 Jerry Chih-Yuan Yang was born on November 6, 1968, in Taipei, Taiwan. When he was only two years old, his father died. Yang’s mother was drama and English teacher. He also had a younger brother. In 1978, his mother moved the family to San Jose, California. While she was working as a teacher, Yang and his brother was taken care by his grandmother and other extended family members.

Upon coming to the United States, Yang took the name, Jerry. He became fluent in English in around three years after coming to the country. Yang was an excellent student and earned Bachelors and Master of Science degrees in electrical engineering from Stanford University. At Stanford, he met David Filo, with whom he later went to Japan on a 6-month exchange program.

In 1994, when Yang and Filo were still students at Stanford University, they co-founded an internet website “Jerry and David’s Guide to the World Wide Web.” The page consisted of a directory of other websites. With the pages growing popularity, the two renamed the company “Yahoo! Inc”. By the fall of 1994, the page already received around 100,000 unique visitors.

The company’s popularity grew fast, and in April 1995, Yang received a $2 million investment from Sequoia Capital. Yang and Filo were both appointed as “Chief Yahoo,” and Tim Koogle was hired as the CEO of the company. By the fall of the same year, Yahoo! received funding from Reuters and Softbank. The company went public in 1996, at the time having 49 employees. For his achievements, in 1999 Yang was named the MIT Technology Review TR100- one of the top innovators under 35. Koogle was replaced CEO after the dot-com bubble crash in 2002 and served at the company until 2007. After Google began to rise in popularity, Yang took the position of interim CEO.

Before becoming the CEO, Yang led negotiations with the Chinese company Alibaba. He had met the company’s founder Jack Ma in 1997 when he traveled to China. Before Yang took over the lead position of Yahoo!, the company purchased 40% of Alibaba stocks for $1 billion. In 2012, Yang sold the stake in Alibaba for $7.6 billion and made an additional $9.4 billion in Alibaba’s 2014 IPO.

After the Alibaba investment, news broke out that Yahoo! Had cooperated with Chinese authorities to arrest a journalist Shi Tao. Tao had used a Yahoo email address to notify a US pro-democracy website, to inform that Chinese media are forbidden to cover the 15th anniversary of the Tiananmen Square Protests in 1989. Yahoo provided Chinese authorities of the IP addresses of the involved, and Tao was later convicted for divulging state secrets. Yang justified these actions, stating that to do business in China, one must comply with local laws.

In 2007, several journalists brought a civil lawsuit against Yahoo for aiding Chinese government which was claimed to torture the imprisoned journalist. Yahoo settled with the Chinese dissidents for an undisclosed amount. The company also established the Yahoo! Human Rights Fund to provide humanitarian and legal support to online dissidents.

In 2008, Microsoft offered to buy Yahoo! For $44.6 billion. The negotiations were difficult since Yang did not want to sell his company. However, at the time the company was struggling to catch up with Google and Microsoft offered 62% premium to Yahoo!’s market value. The negotiations failed, and the company’s stock price plunged. Yang tried to arrange with Google, but the U.S. authorities had concerns about the effect of the competition in the market.

At the end of 2008, Yang stepped down as the CEO of the company and was replaced by Carol Bartz. Yang remained in the company as Chief Yahoo and was on the board of directors. In 2012, Yang announced that he is leaving the company and resigning from all of his posts.

After leaving Yahoo!, Yang began to mentor technology startups and made several investments through his firm AME Cloud Ventures. The company provided more than 50 investments in several startups, including Evernote, Wattpad, Tango and Chinese travel site Shijebang. In 2014, Yang rejoined the board of Alibaba.

Yang met his future wife Akiko Yamazaki while he was on an exchange program in Japan in 1992. They were both students there at the time. She graduated from Stanford University with a degree in industrial engineering. Yamazaki is currently the director of Wildlife Conservation Network.

Yang and his wife are both philanthropists. In 2007, the couple gave $75 million to Stanford University. $50 million of the money was spent to build the Jerry Yang and Akiko Yamazaki Environment and Energy Building. He is also a collector of Chinese calligraphy and exhibited his collection at the Asian Art Museum of San Francisco.