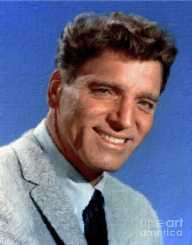 Burt Lancaster proved that he was larger than life itself. This vibrant and healthy man with a million watt smile entrusted us with a heavenly trait that can’t be ignored. A peep of his previous projection, clearly illustrates how strong he was. Even if there weren’t any memorial, fanfare or funeral when he died, Burt would be remembered as an acrobat who turned into a star.

A small stone in a medium sized cemetery utters that he was amongst the living. Also, his films speak mainly of his talent. He not only achieved to play different roles but also managed to give his fans his own hear and, as a result, he stole ours in the process.

On November 2, 1913, Burt Lancaster was born in Manhattan, New York, the United States to James Henry and Elizabeth. Young Burt joined DeWitt Clinton High School. It was here that he gained an interest in gymnastics. Similarly, he won an athletic scholarship that he acceded to the New York University.

In all, Burt dropped out in his second semester. Before acting, he landed an acrobatic job at a circus company. But he continued to focus more on his film career. He commenced by rolling various movies and building his image. Just when he was about to be named as a star in town, Burt gave up in the middle. Interestingly he became more successful in the next days of his career.

Burt Lancaster came to discover his acting talent during the World War II. In 1946 he played Robert Siodmak’s role The Killer film. After his service in the World War II, Lancaster went for a Broadway audition play. He landed a role in Harry Brow’s A Sound of Hunting show that commenced his acting career.

Even though the show didn’t last to tell its tale, it acted as a paramount foundation for Burt career. Following his first film, Burt appeared in many genres such as thriller, drama, adventure, and military.

In the mid of 1948, Burt Lancaster met with Harold Hetch where they came up with their own production house; The Norma Production. Here they launched a debut movie titled as ‘Kiss the Blood off My Hands.'

In 1950 Burt released The Flame and The Arrow film in collaboration with his long-term friend Nick Cravat. He later changed the name of his company to Hetch-Lancaster Productions. In 1952 he released The Crimson Pirate when Nick took an important role.

1953 was the most excellent year for Lancaster. He appeared in one of his chosen characters in From Here to Eternity film. His love interest, Kerr also appeared in the so-called film. Within a year, the movie was ranked in the top 100 Romantic films. He followed it up with His Majesty O’ Keefe.' The film meant tons for him since he took part in co-hosting and directing till the end. The following year, he directed The Kentuckian movie.

From 1955 to 1960 Burt Lancaster was welcomed with positive remarks, all thanks to his successful production. One of his directed films ‘Marty’ received an Academy Award for having the Best Picture at the Cannes Film Festival. In 1960

Lancaster collaborated with Roland Kibbee where they directed three famous films. In 1968 The Scalphunters movie was released followed by ‘Valdez is Coming’ and The Midnight Man in 1974. He also got a chance to star in a misadventure film popularly known as ‘Airport.' The film received several awards and recognition in the 1970s.

Towards his career limit, Burt Lancaster became a professional actor where he took up roles that defined him. He came to let go of his acrobatic movements, and instead, he focused on taking influential positions. He partnered with various European productions where he last played the ‘Field of Dreams’ in 1989.

Burt Lancaster's determination was seen when he received four Academy Awards during his term. The Elmer Gantry film won him a Golden Globe Award.He followed it up with two BAFTA awards in the Best Actor category.

Burt Lancaster married three times before his death. In 1935 he married June Ernst, and they parted ways in 1946. After an extended period; he married Norma Anderson in 1946. They also divorced after ten years. He later married Susan Martin in 1990, and both remained as couples till his demise in 1994.

Lancaster's physique continued to show some weak points toward the end of his career. His arteries were blocked where he survived passing heart attacks. In 1990, Burt suffered a stroke which in turn left his one part paralyzed. It came to a point where he didn’t manage to utter a word. He was last seen alive on October 20, 1994, in his long-term City apartment in Los Angeles where he suffered a sudden attack.