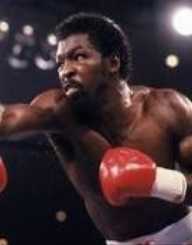 James Kinchen was born on March 1, 1958. He is a former African American professional boxer. He was nicknamed ‘The Heat’ during his career. He is recognised for his bout against Thomas Hearns for the WBO super middleweight title. In his boxing career, he has won a total of forty-nine matches out of sixty, lost nine and has two draws. He became a pastor after he retired from boxing. In 2012, he was inducted into the California Boxing Hall of Fame.

James Kinchen was born on March 1, 1958, in San Diego, United States of America. He started his boxing career when he was only fifteen years old. His amateur career in boxing began well when he won his first Golden Gloves title as a light heavyweight. He later won the amateur tournament five times. In 1978, he won the National Police Athletic League light heavyweight title. He then moved to San Diego after he was recruited by Bobby DePhilippis and Wes Wambold who is a trainer. His amateur career ended with a record of 127-12.

James Kinchen started his professional career in 1980. In 1984, he won the United States Boxing Association Middleweight Championship when he beat fellow boxer, Alex Ramos. In 1985, he lost a fight to James Shuler and later lost to Iran Barkley and Juan Roldan. In 1987, he again lost a match to boxer Larry Musgrove. This was four consecutive losses in his boxing career and this outcome threatened his career.

In 1988, he tried to salvage his career by fighting Thomas Hearns at the World Boxing Organization (WBO) middleweight championship but he lost following a controversial decision by a judge. In 1989 and 1991, he participated in the World Boxing Association Light Heavyweight Title but lost to Virgin Hill and Charles William respectively. In 1992, he fought for the last time and lost to Ernesto Magdaleno. He ended his career with a record of 49-9-2.

After James Kinchen retired from boxing, he suffered severe financial issue but later became a pastor and found his footing. He became a pastor in San Diego, United States of America. In 2012, he was inducted into the California Boxing Hall of Fame. He is currently sixty years old.