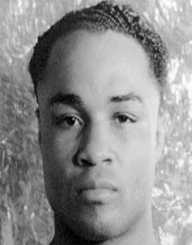 Henry Armstrong is an American world boxing champion who held three different titles in his boxing career. He held the world title of featherweight, lightweight, and welterweight in the span of his professional career as a boxer.

He also attempted to claim the middleweight title, but the match ended in a draw. His official boxing records state that Armstrong has 151 wins, 21 losses, and nine draws. Out of 181 fights, he won 101 of those by knockout.

The eleventh child out of a fifteen-children bunch, Henry Jackson Jr. was the son of Henry Jackson Sr. and America Jackson. He was born on December 12, 1912, at Columbus, Mississippi but later moved to St. Louis along with the rest of his family.

Upon graduating high school, he found work as a labor in laying railroad tracks. The idea of entering the world of boxing occurred to him when he saw news from a local newspaper of a boxer who won $75,000 in a single fight.

Henry Armstrong's first fight as a professional boxer was on July 28, 1931, against Al Iovino which ended in utter defeat. He spent a portion of his career boxing under the name of Melody Jackson. The following year in 1932, he tried out for a spot in the Olympics team but failed to make it to the cut, so he turned to professional boxing instead.

He later changed his stage name from Melody Jackson to Henry Armstrong, adapting the name of a friend's last name.

Eddie Mead worked with Armstrong as his manager which led him to multiple wins and boxing titles in his career.

Armstrong as the World Title Holder

Henry Armstrong worked his way up to a world title match which occurred in 1937 at Madison Square Garden. His took the world-title belt from Petey Sarron, the reigning featherweight champion.

He won the fight by a knock-out that lasted for six rounds. The following year, he tried and won the welterweight title from Barney Ross.

Following this event, he entered the lightweight division and fought against Lou Ambers which he won via split decision, making him the first boxer to hold three titles from three different weight division. But he opted to leave the featherweight class after the fight and lost his title as the lightweight champion in 1939.

Although Henry Armstrong managed to defend his welterweight for a certain number of times, he lost it against Fritzie Zivic who took home the title on October 4, 1940. Six years later, Armstrong finally left the ring to live a quiet life.

After his retirement to boxing in 1946, Henry Armstrong opened a nightclub called Melody Room for a short time. Despite winning large sums of money as a professional boxer, his finances soon spread too thin. Struggling with finances, he turned to alcoholism.

Henry Armstrong sought solace in religion, and he was ordained as a Baptist minister to the born-again Christian faith. As a minister, he extended his help to at-risk youths and taught young people how to box.

In the last years of his life, Armstrong struggled with dementia and failing vision which he believes the cause was due to the beatings he took during his boxing career.

Henry Armstrong died in his Los Angeles, California home at the age of 75 on October 24, 1988. In 1990, he was awarded a place in the International Boxing Hall of Fame.