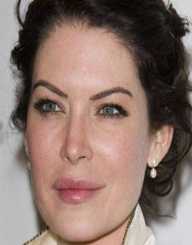 Lara Flynn Boyle was born 24th March 1970, to Michael and Sally Boyle. She was born in Davenport, Iowa, in the United States. Her mother worked in an office, and her father left when Boyle was six years old. After her father left, Boyle moved into smaller accommodation with her mother. She grew up in Chicago, and she graduated from The Chicago Academy for the Arts.

In 1986, Lara Flynn Boyle debuted on the big screen with a small role in Ferris Bueller’s Day Off, which was a huge hit at the time. This enabled Boyle to get her Screen Actors Guild working card. In 1987, she appeared on several television shows including the miniseries, Amerika, and series like Jack and Mike and Sable.

In 1988, she won her first starring role in a horror movie called Poltergeist III. In 1989, Boyle was cast in the role of Donna Hayward in the pilot of a new show called Northwest Passage. The name of the show was changed to Twin Peaks and ran during 1990 and 1991 for 30 episodes. Boyle catapulted to international stardom, and the show became a cult hit in years to come.

During the filming of Twin Peaks, Boyle continued to act in movies as well and completed four films during the 1990-91 period, as well as two television movies and other television series.

After Twin Peaks finished, Boyle continued to act on a regular basis. In 1997, Lara Flynn Boyle auditioned for the lead role in Ally McBeal. Although she didn’t win the role, the creator, David E. Kelley, had another show called The Practice, and Boyle was cast in one of the lead roles. The Practice became a hit initially and filmed until 2003.