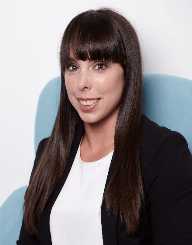 Born on April 1, 1985, Elizabeth Kimberly Tweddle best known as Beth Tweddle is a skillful and talented retired British artistic gymnast. Her participation in competitions was very beneficial to Great Britain because she always gave them results. The award-winning gymnast set the tone for Britain at the Olympic Games, World Championship, and European championship by being the first British to win medals in those competitions.

Beth Tweddle, out of her three-time representation of her country at the Olympic Games, won a bronze medal in 2012 on the uneven bar. She also won bronze in the 2006 and 2010 on uneven bars and in 2009 on floor exercise at the World Championship. She partnered with Daniel Whitson to win the eighth edition of Dancing on Ice in 2013. She brought her career to an end in 2013 and has since then been active in media and other sports reality activities. She underwent neck surgery in 2016 after getting injured when participating in the third series of The Jump, a Channel four reality contest show.

Elizabeth Kimberly Tweddle was born in Johannesburg, South Africa. At 18-month-old, her family moved to England and that was where she had her education. He studied at The Queen’s School in Chester and continued to at the University of Liverpool, where she had a foundation degree. She would later in 2007 pursue a degree in sporting science at the same University. She then studied physiotherapy studies at the University of Liverpool in 2012.

Beth Tweddle has been interested in sports since childhood and practices several sports before settling on gymnastics. At age seven, she was part of the Crewe and Nantwich Gymnastic clubs where she competed and built upon her skills. At age nine, she trained with Coach Amanda Reddin after moving to Liverpool. After enrolling at the University of Liverpool for physiotherapy program, she attended the 2012 Summer Olympics. She has also rolled up the Total program Gymnastic in collaboration with former Olympic swimmer Steve Parry. The program is to expose children to the gymnastic sports by visiting schools and leisure centres.

Beth Tweddle competed in several events since commencing her senior career in 2001. Her maiden world competition was in Ghent, Belgium in 2001. As a member of the British team, she helped the team to place them with a personal score of 34.892. She then made it to the European Championship in Patras, Greece in 2002 where the team was placed six. On her part, she made a score of 34.242 placing fourteen on the all-round final score and made an uneven bar score of 9.287 placing third. This made her win bronze at the end of the competition, being the first female British gymnast to win a medal at that level.

That year Beth Tweddle also competed in the Commonwealth Game in Manchester, the UK in July and continued to the World Championship in Debrecen, Hungary in November that same year, placing fourth on the uneven bars with a score of 9.312 which was very close to winning a medal. 2003 was a good year for Tweddle placing third on the uneven bars with 9.512 scores at the World Championship in Anaheim, United States, first at the World Cup in Glasgow, UK and also second in the World Cup event in Stuttgart, Germany.

She has won several other medals in events since the start of her career to 2005 but the big one was yet to come. All this while, she had not won a medal at a major event until she had a breakthrough in 2006. In 2006 Tweddle started with an injury which prevented her to compete in the Commonwealth game, but that was just a sign of good omen. At the European Championship in April 2006, she made a score of 16.050 on the uneven bars and was placed first. That was the first time a British gymnast has chalked that feat at the European Championship.

Beth Tweddle did very well in other events like the World Cup, British Championships, European Championships, and later had an Olympic medal. In 2007 she had shoulder surgery but then recovered to compete that year. She came close to winning an Olympic medal in the 2008 Summer Olympics in Beijing, China but that was not meant to be as she was placed fourth with a score of 16.625 just a drop to a bronze medal. But it was to be in the 2012 Summer Olympics in London after she was selected as part of the Team GB.

Beth Tweddle was among the UK team for the 2012 Summer Olympics in London, UK. She made a personal score of 15.833 on uneven bars as well as 14.166 on the floor helping the British team to place sixth. Her score in at the uneven bars won her a bronze medal at the end of the Olympics.

Beth Tweddle was selected among the five Olympians to partake in a series of body-casting artwork by Louise Giblin. It was exhibited in London and funds from sold copies are used to aid charity Headfirst.