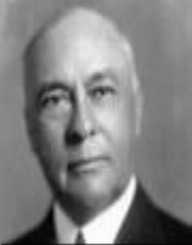 Charles Ringling was born on December 2nd, in 1863. He was one among the seven Ringling Brothers that owned the Ringling Bros. Charles mainly dealt with production in the circus company. Employees in the company fell in love with him due to his friendly and caring nature.

Charles Edward Ringling alias Charles Ringling was born on December 2nd, in 1863. His birthplace was in McGregor, Iowa. Charles was the fifth born son to August Fredrick Ringling. His mother was called Marie Salomê Juliar.

Charles Ringling's interest in circus began when he was in his late teens. During this period, he honed his juggling skills and also performed a number of skits around his hometown. Later, around 1882, Charles partnered with his other four brothers to come up with a circus company. Two of his brothers played music instruments whereas the other two danced. Together, the group saved money from their early performances. This helped them buy suits, and ultimately they established the Ringling Bros. in 1884.

The Ringling brothers made it their goal to ensure that they flourished. As a result, they assigned each other different tasks within the circus group. Charles Ringling was assigned to handle production activities.

Charles Ringling relocated and went to live in Sarasota, Florida. Here, he bought vast chants of land and donated some portions to the county. Approximately, Charles was a proud owner of about 52 commercial plots. Similarly, he also had a 33,000-acre ranch.

Charles Ringling wedded Edith Ringling (Edith F. Conway). Together, they built up a gorgeous home in Sarasota Bay where they lived with their daughter called Hester.

Charles Ringling breathed last on December 3rd, in 1926. He was 63 years old when he died.