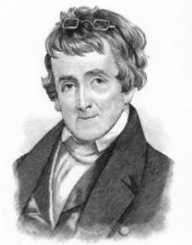 Archibald Alexander was born on 17th April 1772. He was born in Rockbridge, Virginia, in the United States, and his father was a farmer and a merchant. They lived in a small town called South River. A Presbyterian minister named William Graham tutored Alexander as he grew up. Graham had been trained in theology by John Witherspoon.

Alexander started at William Graham Academy when he was ten years old. He moved away from the college and became a tutor at the age of 17. Within several months, however, he returned to his studies with Graham. It was at this time that Alexander also began to study theology.

In 1791, Alexander received his license to preach. Three years later, the Presbytery of Hanover ordained him. As a result, he became the pastor for Charlotte County as well as Prince Edward County.

Alexander became the President of Hampden-Sydney College in 1797. He served in the position until 1806, and he then joined the Third Presbyterian Church of Philadelphia.

The Princeton Theological Seminary was established in 1812. It was located at Princeton, in New Jersey, and Alexander became the first professor of the Seminary. He remained in the position for 39 years, until 1851.

During this period, he founded the Chi Phi Society with his friends, Charles Hodge, and Robert Baird. Alexander wrote many papers, essays, and sermons, which were mostly of a theological nature. He published more than 30 of his writings.

A collection of personal papers belonging to Alexander and which date from 1819 to 1851 have been archived. The Presbyterian Historical Society in Pennsylvania houses the collection.

In 1802, Alexander married Janetta Waddel. Waddel was the daughter of a minister. The couple had three sons. Alexander died on 22nd October 1851.