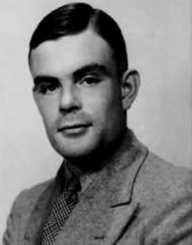 Wallace Hume Carothers was born 27th April 1896, to Ira and Mary Carothers. He was born in Iowa, the United States, in a town called Burlington. He had three younger siblings, a brother, and two sisters. In later times, he became particularly devoted to his sister Isobel.

Wallace Hume Carothers did well in school, and after graduating in 1915, he enrolled at the Capital City Commercial College to study accountancy and secretarial subjects, under duress from his father. Ira was the Vice-President of the College.

Late in 1915, Wallace Hume Carothers enrolled at Tarkio College to further his studies. He began with a major in English but changed to Chemistry. He did so well with his Chemistry studies, that when his mentor, Arthur Pardee, head of the Chemistry Department left to join another university; Wallace Hume Carothers was employed as an instructor in chemistry.

Wallace Hume Carothers graduated in 1920 with a Bachelor of Science. He then studied at the University of Illinois for a Master of Arts Degree, which he achieved in 1921.

Over the 1921-1922 school years, Wallace Hume Carothers took another one-year teaching appointment at the University of South Dakota in the chemistry department. It was at this stage that he started his own research, and had an article accepted by the Journal of the American Chemical Society.

The following year, he returned to the University of Illinois and studied for his Ph.D. His Ph.D. was awarded in 1924. His areas of expertise were organic chemistry, physical chemistry, and mathematics.

In 1922-23, Wallace Hume Carothers worked as a research assistant, and in 1923-24 he was rewarded with the Carr Fellowship which was the highest achievement award bestowed by the university during that period.

Wallace Hume Carothers worked as an instructor in organic chemistry at the University of Illinois for two years and then took up a similar appointment at Harvard University in 1926.

It was 1927 when DuPont decided to fund developmental research, not for a specific product, but to see what could be achieved from pure research. Although Wallace Hume Carothers met with DuPont, he decided at that point to stay in academia.

Shortly after, an executive from DuPont traveled to Harvard and convinced Carothers to take the position in charge of organic chemistry. He was offered nearly double the salary he was earning at Harvard. Carothers began with DuPont in early 1928. He soon had a team of top scientists working with him. These included Dr. Roger Adams, his thesis advisor, and Dr. Carl Marvel, his organic chemistry instructor from the University of Illinois.

His first task was to come up with a polymer that had a molecular weight of over 4,200. A year later, the goal had not been achieved. Dr. Elmer Bolton joined DuPont in early 1930 as Assistant Chemical Director in the Chemical Department. This made him Carothers’ immediate supervisor.

Bolton expected practical results. Soon after starting, in 1932, he modified the agreement DuPont had with Carothers. The funding was no longer for pure research; it would now be for practical research. He soon started seeing results. In that same year, one of the staff, Dr. Collins, produced the first synthetic rubber, which today is called neoprene. This was soon followed by another staff member, Dr. Hill, finally creating the synthetic polymer with a molecular weight over 4,000 which the team had previously been trying to achieve. Dr. Hill created a synthetic polymer with a molecular weight of over 12,000. This product went on to become the first synthetic silk.

Wallace Hume Carothers stopped researching polymers around this time. He started looking at fibers again in 1934. His team continued their work with polyamides and made great inroads into the advancement of them during 1934.

Wallace Hume Carothers stopped going to work during 1934, and he was eventually found in a psychiatric clinic. He was suffering from severe depression, and upon consultation with a psychiatrist, he had been admitted for care. After being released from the clinic, Wallace Hume Carothers returned to work. Bolton was still in charge and asked Carothers to continue his research with polyamides. Shortly after this, Wallace Hume Carothers developed polyamide 6-6, which would become known as “nylon.” Bolton decided this would be the polyamide to work with, and many chemists and engineers worked to come up with a product that would be commercially viable.

Sadly, Wallace Carothers had always suffered from depression on and off over the years, and in April 1937, he checked into a hotel room and committed suicide. His wife was pregnant at the time, and his daughter, Jane, was born later that year, in November.

Wallace Hume Carothers invented neoprene and nylon, which are used everywhere in the world, and have so many uses they couldn’t be counted. It was a great legacy to humanity.