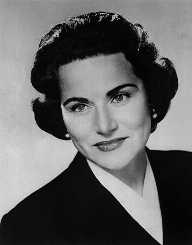 Pauline Esther Friedman Philips (nee Friedman) known professionally known by the pen name Abigail Van Buren was an American radio show host and advice columnist. Born on July 4, 1918, she was the originator of the Dear Addy column in 1956, which became the widely syndicated newspaper column worldwide. Dear Addy was syndicated in about 1,400 newspapers and had over 110 million readers. Philips was the host of the Dear Abby program on CBS Radio from 1963 to 1975.

Pauline Esther Friedman Philips was born on July 4, 1918, in Sioux City, Iowa. Nicknamed Popo, she was born to Russian immigrants Abraham B. Friedman and Rebecca (née Rushall). Her father was the proprietor of a chain of movie theatres. Her identical twin sister Esther Pauline Friedman became columnist Ann Landers. She received education alongside her sister at Central High School in Sioux City and continued at Morningside College. The sisters read journalism and psychology and contributed to a gossip column of the college’s newspaper. She said of her parent’s immigration to American as "My parents came with nothing. They all came with nothing."

Inspired by her sister’s career as a columnist, Philips also ventured into writing with the pen name, Abigail Van Buren in 1956. This was after meeting the editor of San Francisco Chronicle Stanleigh ‘Auk’ Arnold who was convinced with Philips writing skills and commitment despite not having any prior experience. She was hired after that meeting. On January 9, 1956, her column, Dear Abby, made its debut in the San Francisco Chronicle. Dear Abby became one of the most popular columns in the United States.

Van Buren received letters from readers in all spheres of life and among different professionals. She received over 9000 letters every week, which she replied in an entertaining yet in an intelligent manner. She also hired assistants to help her in replying the numerous letters. Dear Abby had millions of readership and was syndicated by thousands of newspapers. Throughout her career that spanned for about 50 years, Ban Buren became highly popular and one of the most influential newspaper columnists.

Feud With Her Sister

Ann Landers was peeved that Van Buren did not inform her about her intention to start a column and this brought about great conflict between the two sisters for many years. Van Buren’s column was in direct competition with that of her sister. Their relationship went sour that in 1956, Van Buren decided to offer her column to Sioux City Journal at a reduced price if they stop publishing her sister’s column. The two sister were able to mend their relationship in 1964 but remained competitors. Both sisters became very popular in their own regard developing a different style and approach of writing replying to their readers’ letters.

Aside from writing, Van Buren also started a radio version of Dear Abby on CBS radio in 1963 running through 1975. After she retired from writing due to ill health, her daughter Jean Philips took over the writing duties. She continued to write Dear Abby after her mother’s death.

Abigail van Buren authored several books including Where Were You When President Kennedy was Shot?, Dear Abby, The Best of Dear Abby, The Dear Abby Wedding Planner, Dear Teenager, and Dear Abby on Marriage.

Van Buren and her twin sister married in a joint wedding ceremony on July 2, 1939. She married Morton Philips, with whom she had two children, Edward Jay Philips and Jeanne Philips. She died at age 94 on January 16, 2013. She had suffered Alzheimer’s disease for more than a decade.