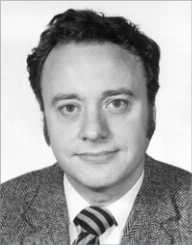 Leon N Cooper was born on February 28th, in 1930. He is famous for being a Nobel Prize winner in the field of physics. He is credited with helping in the development of BCS theory of superconductivity. His invention of the superconductivity theory is globally accepted. This invention was made possible with help from John Robert Schrieffer and John Bardeen. This meant that they were to be awarded the Nobel Prize jointly in 1972.

Born on February 28th, 1930, Leon N Cooper rose to become a renowned physicist. His birthplace was in the New York City in the United States. He went on to study at Bronx High School of Science where he later graduated in 1947. After this, he went for his B.A. degree in Columbia University. He graduated in 1951. He later obtained his masters in 1953. The following year he earned his Ph.D.

For one year, Leon N Cooper spent time at the Institute for Advanced Study. He also tutored several universities later on. First, he lectured at the University of Illinois. Next, he went to Ohio State University before later going to Brown University. It was in 1958 that he began teaching at the Brown University.

Cooper has carried out extensive research in different research institutions including the European Organization for Nuclear Research and the Institute for Advanced Study.

Leon N Cooper is a married individual, and he is a proud father of two children.