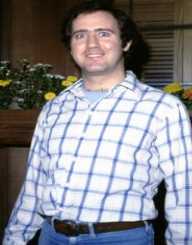 Andy Kaufman was an American professional wrestler, actor, and writer. Born on January 17, 1949, he preferred to describe himself as "song and dance man."He gained the needed recognition in 1975, after performing in the first season of Saturday Night Live. Andy Kaufman had been performing in several small comedy clubs in the early 1970s.In an interview, he noted stated that "I am not a comic, I have never told a joke. ... The comedian's promise is that he will go out there and make you laugh with him. ... My only promise is that I will try to entertain you as best I can. Andy Kaufman was a frequent guest on sketch comedy, and late-night talk shows especially on Late Night with David Letterman.

Andy Kaufman later went into staged wrestling with Jerry “The King” Lawler of the Continental Wrestling Association. However, all these staged performances were never disclosed for almost decade. Andy Kaufman died in 1984 of lung cancer, but there have been rumors that his death was a prank. This rumor persisted mainly because playing pranks became an integral part of his career.

Andy Kaufman was born to Janice nee Bernstein and Stanley Kaufman on January 17, 1949, in New York as the eldest son of three. His mother was a former model and homemaker and his father a jewelry salesman. He grew up in Great Neck, Long Island. At age 9, Andy Kaufman started performing at children birthday parties, showing cartoons and playing records. During his youthful age, Andy Kaufman spent much time in writing poetry and stories, including the novel The Hollering Mangoo, completed at age 16 but remained unpublished.

Andy Kaufman started playing the bongos after the Nigerian musician Babatunde Olatunji visited his school. After high school, he remained home for a year before enrolling for a two-year study at Geahm Junior College in Boston, now defunct. While there, he studied television and cast himself in his campus television show, Uncle Andy’s Fun House. During this period, he also performed at coffee houses and wrote the one-man play, Gosh. He graduated in 1971 and started a career in stand-up comedy in small clubs along the East Coast.

Andy Kaufman played the fictional character, Foreign Man, who spoke in a meek, high-pitched, heavy-accented voice claiming to be from Caspair, a fictional island in the Caspian Sea. This character gained him recognition and the attention of Budd Friedman, the owner of the famous New York City comedy club, The Improv, who allowed him to perform onstage. He also appeared on the stage of other comedy clubs as Foreign Man, where Andy Kaufman used a recording of the theme song of the Mighty Mouse cartoon show, and lip-sync the line "Here I come to save the day" while standing still.

On stage, Andy Kaufman would tell an intentional poor joke and end it with a series of impersonating celebrities with Caspair ascent. One of this was when he impersonated President Jimmy Carter by going in this form, "I would like to imitate Meester Carter, de President of de United States" then with exact voice will say "Hello, I am Meester Carter, de President of de United States. T'ank you veddy much."Kaufman later played the character of Latka Gravas in the ABC sitcom, Taxi, which he appeared in 79 out of the 114 episodes from 1978 to 1983. His performance won him the Golden Globe Award for Best Supporting Actor in a Series, Limited Series or Motion Picture Made For Television, in 1979 and 1981, however, he did not like playing in sitcoms and dislike the fact of being in one.

During the negotiation to cast in Taxi, Andy Kaufman also included ABC giving him a television special or pilot. This afforded the opportunity to come up with his Andy Funhouse, something he had developed during his junior college days. Recorded in 1977, it was shown in August 1979 on ABC featuring most of his famous gags of his characters Foreign Man and Latka. He later shot for ABC’s show Buckshot, in a six-minute segment called Uncle Andy’s Funhouse.

Andy Kaufman began wrestling women in his act referring to himself as "Inter-Gender Wrestling Champion of the World," He placed a prize of $1000 for any woman who can put him down. This interest grew and so met with Vince McMahon Sr, the head of the World Wrestling Federation, to bring his act to the wrestling territory in New York. This idea was however rejected as McMahon was not ready to entertain any form of "show business" into his Pro Wrestling society. He was later introduced to Memphis wrestling icon, Jerry “The King” Lawler by Bill Apter a wrestling reporter/photographer. At this point, Kaufman wanted to enter into the Pro Wrestling business. He later stepped into the ring in the Memphis wrestling circuit first with Lawler. He then began a feud with Lawler in which they pretended to be real.

Andy Kaufman was officially never married but had a daughter, Maria Bellu-Colonna with his high school girlfriend. She was however placed on adoption. Andy Kaufman later had a relationship with Lynne Margulies in 1982 until his death in 1984.

Andy Kaufman was diagnosed with an extremely rare type of lung cancer after running several tests at the Cedars-Sinai Medical Centre. This was after he had suffered more than a month long coughing. Though he was placed under palliative radiotherapy, cancer had already spread from his lungs to the brain. Andy Kaufman grew thin and made his final public appearance in March 1984, during the premiere of My Breakfast With Blassie.

Andy Kaufman then moved to Baguio in the Philippines with Lynne Margulies for a treatment n New Age procedure called psychic surgery. He died on May 16, 1984, at Cedars-Sinai Medical Center. After his death, there was a rumor that he was actually alive and the death was a prank. This made the Los Angeles County Coroner Office release his death certificate. His girlfriend, Margulies published the book, Andy Kaufman: The Truth, Finally, in 2014 claiming Andy Kaufman was still alive and would reveal himself soon as the death was a prank with an upper limit of 30 years. Several other claims of his existence have been rumored.