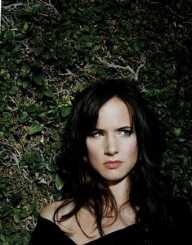 Juliette Lewis was born on June 21, 1973, in Los Angeles, California, USA. She also had four siblings.

Juliette Lewis took on her first acting role when she was only twelve years old for the made for TV movie, Home Fire. She continued to act under her parent’s supervision until she was 15. Once she got to that age, she filed for emancipation. This way, she would legally be considered an adult who would not be affected by child labor laws, or her parents. However, being independent was not always great for Lewis. Juliette Lewis was to known to have smoked pot, driven without a license, and party at clubs while underage. Even with her emancipation and edgy attitude, she was not getting great roles at this time.

Her first big break happened when she was 18, and she was cast as Danielle Bowden in Cape Fear. This great role soon spiraled into several acting opportunities for Juliette Lewis. Some of her most famous early movies are listed below.

In 2003, Juliette Lewis took on a role as Paula Wisconsin in the show Free for All. This would be the first time that she would have a role on a television show since the 1990’s when she was on The Wonder Years and A Family for Joe. During the 2000’s, Lewis appeared in several more television shows while continuing to work on movies. Some of the television show and movies she has been in recently are listed below.

Juliette Lewis continues to act today. She has a couple of movies, Anthem and Black Roads, which are currently (as of 2017) in post-production. She is likely to continue acting for years to come.

Juliette Lewis was the lead singer of the band called Juliette and the Licks. She first started this band in 2003 when she noticed she was getting a little bored with screen acting and she wanted to try performing live. Other members of the band at the start were Paul III, Patty Schemel, and Todd Morse. The band released their first album in 2004 called You’re Speaking My Language. After releasing this album, the band went on tour. Famous musician, Dave Grohl, went on tour with them.

The band’s second album was released in 2006 and was called Four on the Floor. This album was moderately successful. During the next couple of years, the band performed at various shows, like the MTV Award show (Brazil) in 2007. The band did not release another album before their breakup in 2009.

The band later reformed in 2015. There is talk of the band releasing a new album together. However, over the years, the members of the band have changed. Aside from Juliette Lewis, the current band members are Todd Morse, Jason Womack, Kemble Walter, and Ed Davis.

Throughout her long acting career, Juliette Lewis has won almost a dozen awards and has been nominated for almost two dozen others. Some of her most prestigious awards are listed below.