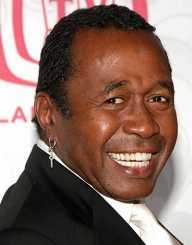 Ben Vereen is an American stage, television, and film actor.

Benjamin Augustus Middleton was born in Miami, Florida, on October 10, 1946. His family soon moved to Brooklyn, New York. He was adopted by James and Pauline Vereen, a factory worker and a maid.

He attended the alternative High School of the Performing Arts. After graduation, he worked different jobs to make ends meet.

Ben Vereen performed in local shows during his childhood. He made his professional stage debut at the age of 18, in the dramatic play The Prodigal Son. After that, he starred in the musical Sweet Charity, touring the United States and Canada.

In 1968, he played the alternate roles of Hud and Claude in the rock musical Hair. He then starred in the musical Golden Boy, touring the United Kingdom. After that, he was part of a few different acting groups, which performed around the U. S.

In 1971, Ben Vereen got the role of Judas in Jesus Christ Superstar. It earned him his first Tony nomination. In 1972, he got the lead in the musical Pippin. He won a Tony Award for Best Actor in a Musical and a Drama Desk Award for Outstanding Performance.

He was cast as a replacement in the plays Grind, Jelly’s Last Jam, Fosse, and Wicked. In 1995, he was the Ghost of Christmas Present in A Christmas Carol. He also starred in the Off-Broadway play The Exonerated and the touring musical Chicago.

In 1975, Ben Vereen had his variety series called Ben Vereen… Comin’ At Ya. Only four episodes were filmed. In 1977, he starred as George Moore in the miniseries Roots. In 1980, he played a leading role as a detective on the show Tenspeed and Brown Shoe.

Ben Vereen had smaller roles in numerous television shows. The most popular ones were The Muppet Show, Fresh Prince of Bel-Air, Grey’s Anatomy, Law and Order, and How I Met Your Mother.

He also appeared in children’s shows such as Faerie Tale Theatre and Zoobilee Zoo. Overall, his work on television earned him three Emmy nominations and two Golden Globe nominations.

Ben Vereen made his film debut in 1969. He starred in the film adaptation of the play Sweet Charity. He appeared in many musical films such as Funny Lady, All That Jazz, Idlewild, and others.

He starred in comedies such as Buy & Cell and Top Five. He also appeared in dramas like Why Do Fools Fall in Love and Time Out of Mind. He was part of the documentaries Cycling Through China and Broadway: The Next Generation. He had voice roles in the animated films Once Upon a Forest and Khumba.

Ben Vereen has spoken publicly about issues such as education and problems faced by African Americans. He started his scholarship for students in the performing arts. He won the Eleanor Roosevelt Humanitarian Award, Israel’s Cultural and Humanitarian Award, the Victory Award, and the Lifeline Celebration Achievement Award.

From 1966 to 1974, Ben Vereen was married to a woman named Andrea Townsley. They have a son named Ben Jr. From 1976 to 2012, he was married to Nancy Bruner. They have three living daughters - Karon, Malaika, Kabara. Their eldest daughter, Naja, died in a car accident in 1987.

After his daughter’s death, he developed a drug addiction and spent some time in rehabilitation. In 1992, he had several accidents with his car. He ended up with many serious injuries. In 2007, he was diagnosed with diabetes.

Ben Vereen performed at the inauguration of President Reagan in 1981. He performed a part of the show in blackface. The ABC Network decided to cut the performance before it ended.

In 2018, several actresses accused Ben Vereen of inappropriate conduct during a stage production. He later apologized for his actions.