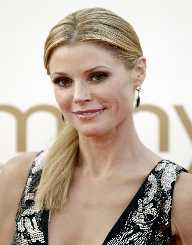 Julie Bowen Luetkemeyer was born on March 3, 1970, in Baltimore, Maryland. She was the second of three children in Suzanne Fray’s and John Alexander Luetkemayer Jr. family. Her father worked as a real estate developer. Bowen grew up in Ruxton-Riderwood, Maryland.

After graduation, Julie Bowen went on to star in several television projects. In 1992, she had a role in the soap opera Loving. The following year, Bowen had a minor role in one episode of college drama Class of ’96. After her television appearances, Bowen landed a role in the 1994 film Runaway Daughters. Throughout the next three years, Bowen starred in films like Happy Gilmore, Multiplicity, An American Werewolf in Paris. Besides her film performances, Bowen also starred in television series Party of Five and Strange Luck.

Bowen gained more recognition after she began starring in a recurring role on ER as Roxanne Please between 1998 and 1999. However, her big break was the television series Ed, where she played a high school English teacher Carol Vessey. The show ran from 2000 until 2004. After her big break, Bowen appeared in the hit series Lost and played attorney Denise Bauer in Boston Legal.

After finishing her work on Boston Legal, Julie  Bowen went to star in the television series Weeds. By the time, she had made her name and became a spokesperson for Neutrogena, advertising several of their products, latest of them being Pure Glow. In 2010, Bowen appeared on one episode of Jeopardy.

Her biggest role of career came in 2009 when  Bowen was cast as Claire Dunphy on the ABC sitcom Modern Family. For her work on the show, Bowen received six Primetime Emmy Awards in a row. In 2011 and 2012, she won the award for Outstanding Supporting Actress in a Comedy Series.

Julie  Bowen has two sisters, Molly, an interior designer, who has also made appearances on Clean Sweep, and younger sister Annie, a doctor at the University of California HIV/AIDS division. Bowen was suffering from a heart condition when she was in her early 20, and regulating her heartbeat, she has a pacemaker.

In 2004, Bowen married real estate investor and software developer Scott Phillips. They have a son Oliver, and twins John and Gustav. Bowen has donated to campaigns of Republican Helen Delich Bentley, but in 2016 she supported Democrat Presidential candidate Hillary Clinton.