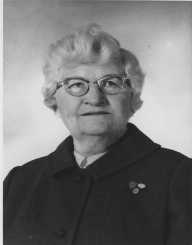 Edith Clarke was born on February 10, 1883. She was an electrical engineer. She was a determined young lady.

Edith Clarke was born on February 10, 1883, in Maryland. She was brought up alongside eight siblings. She was born into a prosperous family. She attended Brearley Hall which was a boarding school for girls located in Montgomery County. At the school, she studied Latin, history and English Literature. She also received training in geometry, algebra, and arithmetic. Her parents died while she was still young. She used her inheritance to pay for her education at Vassar College. At the college, she studied mathematics and astronomy. In 1908, she graduated with Phi Beta Kappa honors.

Edith Clarke began her career as a teacher. She taught mathematics at a Private Girls’ School in San Francisco. She later moved to teach at Marshall College in Huntington. In 1911, she joined the University of Wisconsin where she studied civil engineering. She completed her first year at the University and then took up a job as a computer assistant to engineer Dr. George Campbell. She attended night classes at the Columbia University while she also performed her duties as a computer assistant.

In 1918, Edith Clarke joined Massachusetts Institute of Technology. In 1919, she became the first woman to obtain an M.S in electrical engineering from the school. She was not successful in getting a job as an engineer since people were reluctant to employ a female engineer. She got a job as a supervisor of computers in the Turbine Engineering Department at GE. She invented the Clarke Calculator which was a simple graphical device that solved equations that involved electric current, voltage, and impedance in power transmission lines. In 1921, she went to Constantinople Women’s College, Turkey where she taught physics. She also travelled around Europe at the same time.

In 1922, Edith Clarke became an electrical engineer in the Central Station Engineering Department in GE. In 1923, she published her paper ‘Transmission Line Calculator.’ In 1926, she delivered a paper at the American Institute of Electrical Engineers. In 1925, she patented the Clarke Calculator. In 1927, she received a patent for electric power transmission. In 1944, she obtained a patent for an electric circuit. In 1943, she published the text ‘Circuit Analysis of A-C Power Systems.’ In 1947, she became the first female professor of Electrical Engineering of the Electrical Engineering Department at the University of Texas. She retired from teaching in 1957.

In 1948, Edith Clarke became the first female fellow of the American Institute of Electrical Engineers. In 1954, she was awarded the Society of Women Engineers Achievement Award. In 2015, she was posthumously inducted into the National Inventors Hall of Fame.

Edith Clarke never got married hence she had no children. She died on October 29, 1959. She died at the age of seventy six.