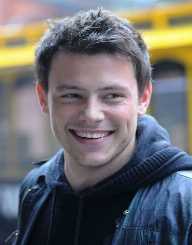 Cory Monteith was a Canadian actor.  His is best known for his role in the television musical series Glee.

Cory Monteith was born on May 11, 1982, in Calgary, Alberta, Canada.  He had an older brother. His parents divorced in 1989. After his parents' divorce, he dealt with drug and alcohol abuse.  He was 19 when he started his first rehab program after a family intervention.

While growing up, Monteith attended 12 different schools, some for troubled teens.  He dropped out of school altogether when he was 16.

After Cory Monteith dropped out of school, he worked wherever he could find money.  He performed as a drummer in different bands.  He worked as a roofer when he met an acting teacher that guided him to his career in acting. While auditioning in Vancouver, Monteith's first acting job came as a small role on Stargate Atlantis in 2004.  Later roles included Smallville,

Final Destination 3, and Kyle XY.  In 2009, he started in the role that catapulted him to stardom.  It was the role as singing jock Finn Hudson on the television musical series Glee. Glee gave Cory Monteith the success as an actor and a musical performer.  They recorded several hit cover songs and even went on a concert tour.

Despite the success of Glee, Cory Monteith continued to deal with his addiction problem.  He returned to rehab in March of 2013, but the TV show worked with his schedule so that he could continue on the show. Monteith died on July 13, 2013, at the age of 31.  The autopsy and toxicology report stated that he died of a heroin and alcohol overdose.

From 2012 to 2013, Cory Monteith was in a relationship with Glee co-star Lea Michele.  They were together until his death.

Cory Monteith had an addiction to drugs and alcohol that he dealt with through much of his life.  Though we were in rehab sometimes to kick his habit, it ultimately leads to his early death.

Cory Monteith earned numerous awards and nominations, especially with his co-stars from Glee.  The cast won the Screen Actors Guild Award Outstanding Performance by an Ensemble in a Comedy Series in 2010.