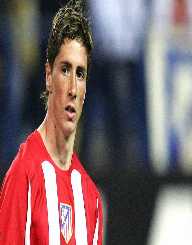 Known as El Nino for a highly successful early start in his football career, Fernando Torres is the pride of Spain.

Fernando Torres is a technically sound, and extremely skillful striker who has enjoyed 15+ years of great fame and dedicated fan support for his spectacular display of skills with the football.

Fernando Torres is a Spanish footballer who currently plays for the club Atletico Madrid. He has also played for Liverpool, Chelsea, and A.C. Milan. One of the fastest goal scorers in the history of Liverpool, he was a part of the Spanish football team that won the FIFA World Cup in 2010.

Fernando Jose Torres Sans was born on March 20, 1984, to Jose Torres and Flori Sans Torres. His birthplace is Fuenlabrada, Spain. Fernando Torres is the youngest of three children. His siblings are a brother named Israel and a sister Maria. Fernando Torres was interested in football from early childhood, and he started living the dream at an early age when his grandfather took him to the club Atletico Madrid, which the latter supported.

Even though Torres’s parents lacked the money, they supported him in following his dream. His mother Flori would travel with him daily to his training sessions.

Fernando Torres has enjoyed a career that has reached great heights. He has won the Champions League, Europa League, European League Championship and the World Cup. Big football clubs have offered huge sums of money to have him play for them. But it all started at an early age.

When Torres was still a kid, ten years of age; his grandfather took him to the Atletico Madrid Club. He played for the ‘Rayo 13’ team and impressed everyone with his football skills. Fernando Torres won a scholarship for the youth program of Atletico Madrid and started to play as a goalie. Soon, he started playing offense and trained himself to become a striker.

Impressed by the trophy collection of the club, Torres dreamed of leaving a mark and scored 55 goals in a single season. This led him to be drafted into the ‘Honor Division’ of the club and his journey as a professional footballer began.

Fernando Torres showed great promise at Atletico and backed it up with brilliant displays of energy and an amazing rate of goal scoring. He was selected in the Spanish National team for the 2003 World cup due to his performances in club football. In 1998, his team won the Nike Cup under 15. In April 2001, he was the top scorer and best player in the Euro under-16.

His phenomenal rise in the sport earned him the title of the Captain of the Atletico Madrid in 2003. He played for Atletico for a long time of 12 years.

Fernando Torres was transferred to Liverpool for a price of 20 million pounds, an extraordinarily huge sum of money. He played for Liverpool from 2007 to 2011. In his first season there, he became the first Liverpool player to score 20+ goals in a single season. Torres also holds the record for the fastest 50 goals scored for Liverpool.

In 2010, Fernando Torres was a member of the Spanish National Team that went on to win the FIFA

With Chelsea, A.C. Milan and Back to Atletico Fernando Torres transferred to Chelsea in 2011. He played for them for three years till 2014. After spending two years at A.C. Milan, Torres returned to his first professional club Atletico Madrid.

Fernando Torres was named the Premier League Player of the month in the year 2008. His team Liverpool was declared the UEFA Team of the year in 2008. In 2011, he received the Royal Order of Sports Merit. Fernando Torres was also awarded the Marca Leyenda in 2012. Torres is also the first recipient of the Fuenlabrada Golden Medal.

In 2013, he received the FIFA Confederations Cup Golden Shoe.

Fernando Torres married Olalla Dominguez in 2009 after a long dating period of 8 years. The couple has two children – a daughter Nora, and a son Leo. Fernando Torres has also written an autobiography titled Torres: El Nino: My story.