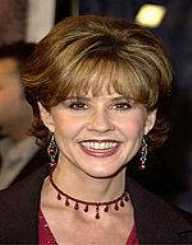 Academy Award nominated American actress and an avid animal rights activist, Linda Blair was born on January 22, 1959, in St. Louis, Missouri, United States of America. She was the third child of her parents James Frederick and Elinore Blair. Her father was a Navy test pilot, who later worked as a job placement executive. Linda’s mother worked as a real estate agent. Jimmy and Debbie were her older brother and older sister respectively. Her family moved to Westport, Connecticut, after her father accepted an offer of a job in the New York City. She was brought up in Westport.

Linda began working as a child model at the age of five. She appeared in innumerable commercials including the one for Welch's grape jams among a host of other companies. At the age of six, she stormed into the print media securing a contract with The New York Times for a series of print ads. Her modeling assignment includes reputed brand names like Sears, J.C. Penney, and Macy's catalogues. Apart from her work as a child model, she learnt to ride horses from the age of six onwards and became a trained equestrian.

Linda Blair's first acting assignment as a regular came in the daytime soap opera ‘Hidden Faces’ (1968-69). In 1970, she made her film debut in ‘The Way We Live Now.’ She played a small role in the comedy ‘The Sporting Club’ (1971) in the following year. In 1972, she found the role of a lifetime which was instrumental in defining her professional career. She was cast as Regan MacNeil, a demonically possessed teenager in the film ‘The Exorcist.’ She was selected for the role from among 600 other applicants. Her portrayal of the character earned her a Golden Globe and People’s Choice Award for Best Supporting Actress and a nomination for Academy Award in the same category.

The film had far-reaching impacts on Linda’s life and career. People spread rumors about her mental condition and speculated that she suffered a psychological breakdown during the filming of the movie. She even received death threats from unknown, unidentified persons. Warner Bros., the production house of the film, sent her to an International Press Tour to counter such rumors and media speculation so that she can be projected as a completely normal teenager.

Following the conclusion of her Press Tour, Linda Blair appeared in a hugely controversial television film ‘Born Innocent’ (1974). She played the role of a sexually abused runaway teenager opposite Kim Hunter in the much-criticized TV film. The film was harshly criticized for its depiction of sexual abuse involving lesbians by prominent organizations like the National Organization for Women, the New York Rape Coalition and many other lesbian and gay rights organizations and was disregarded as negative publicity against the lesbians.

Her next film ‘Airport 1975’ (1974), in which she played the character of a teenaged kidney transplant patient was released in the same year. She was a supporting cast in the disaster film which is a sequel to the successful 1970 film ‘Airport.’

Linda Blair relocated to Los Angeles in 1975, after having received a substantial flow of works. She started working in a number of television films including playing the lead roles in ‘Sweet Hostage’ (1975), ‘Sarah T. – Portrait of a Teenage Alcoholic’ (1975), ‘Victory at Entebbe’ (1976) and ‘The Summer of Fear’ (1978). She also appeared in a Canadian Film ‘Wild Horse Hank’ (1979) and an American film titled ‘Roller Boogie’ (1979). In all these films, she was happy to have received opportunities to portray different types of characters.

From an alcohol addict in ‘Sarah T…..’ a kidnapping victim in ‘Sweet Hostage,’ a sex symbol in ‘Roller Boogie,’ Linda Blair played all the different characters with equal aplomb. In ‘Wild Horse Rank’ she got the chance to utilize her equestrian skills to play the character of a college student rescuing untamed wild horses from the clutches of the ranchers.

She appeared in The Exorcist sequel, ‘Exorcist II: The Heretic’ (1977), reprising the role of Regan MacNeil and earned a Saturn Award nomination (1978) in the Best Actress category for her performance in the film. However, Exorcist II failed to garner any critical as well as commercial success, though then the film was the most expensive ever made by the Warner Bros.

Her career after 1979, took a new turn when Linda Blair was arrested and sentenced to three years of probation on the charges of buying cocaine under disputed circumstances. She was subsequently blacklisted in Hollywood, and her career nosedived to be confined to B-grade movies and sporadic T.V. appearances. However, as she realized the fact that it was not possible for her to restore her career in the former glory, she sportingly embraced the change and continued acting mostly in genre action/thriller film productions throughout the 80s and early 90s. She returned to the horror film genre in 1990 with the Exorcist spoof ‘Repossessed.’

In 1997, Linda Blair appeared in the Broadway stage starring in the revival of the musical ‘Grease’ as Betty Rizzo. During early 2000, she hosted the television series ‘The Scariest Places on Earth’ and also appeared in a comedy ‘Lisa Picard Is Famous’ (2001).

ROLE AS AN ANIMAL ACTIVIST

Linda Blair established the Linda Blair World Heart Foundation which caters to the needs of animals including providing adoption service for animals and the prevention of animal cruelty by raising awareness about the same. She jointly authored a book titled ‘Going Vegan!’ with Sunny J. Harris in 2001.

Linda Blair started dating Australian singer Rick Springfield. She had met him at the Whisky a Go concert, at the age of 15. She had a romantic relationship with Glenn Hughes, the Deep Purple bassist, between late 1979 and mid-1981. She also dated Tommy Shaw, the Styx guitarist. During the early 1990s, she had a relationship with actor Wings Hauser. After 1982, Linda dated American singer Rick James whom according to her admission is “very sexy.” Rick was effusive in her praise and wrote his hit song ‘Cold Blooded’ involving her.

Linda Blair turned Vegan in 2001 after spending thirteen years as a vegetarian. As part of the terms of her probation, she had to make 12 public appearances to prepare young people aware of the dangers of drug abuse.