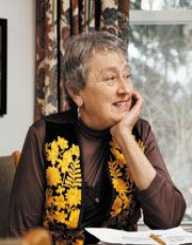 Lynn Margulis was born on March 5, 1938. She was an American biologist. She entirely altered the concept of how life began on earth.

Lynn Margulis was born on March 5, 1938, in Chicago, United States. She was born to Morris and Leona Wise Alexander. Her father was a lawyer, and he also owned a paint manufacturing company while her mother operated a travel agency. In 1952, she joined Hyde Park Academy High School. Lynn Margulis was later admitted to the University of Chicago Laboratory Schools at the age of fifteen. In 1957, she graduated with a Bachelor’s Degree in Liberal Arts from the University.

Lynn Margulis then joined the University of Wisconsin where she studied biology under Walter Plaut and Hans Ris. In 1960, she graduated from the University with a Master’s Degree in zoology and genetics. She later started research under Max Alfert at the University of California.

In 1964, Lynn Margulis became a research assistant and lecturer at the Brandeis University. In 1965, she obtained her Ph.D. Degree from the University of Berkeley. In 1966, he joined Boston University as a lecturer and taught biology. She taught at the school for twenty two years. In the same year, she wrote a paper titled ‘On the Origin of Mitosing Cells’ which was rejected fifteen times. It was later successful and was published in the Journal of Theoretical Biology. In 1967, she was appointed assistant professor at Boston University. Her paper was all about the endosymbiotic theory. Her theory completely changed the concept of how life on earth began. In 1970, the book ‘Origin of Eukaryotic Cells’ got published. The book explained Lynn’s theory thoroughly. In 1971, she became a distinguished professor of Botany in the University of Massachusetts.

In 1974, Lynn Margulis collaborated with James Lovelock to write a paper on how the earth is a complex entity where both living and nonliving things are independent of each other. In 1982, she wrote the book ‘Five Kingdoms’ with Karlene V. Schwartz. The book divided the earth into five different parts. In 1993, she was named a distinguished professor in biology by the University of Massachusetts. In 1997, she became the distinguished professor of Geosciences at the university. She held the post until her death.

In 1957, Lynn Margulis got married to Carl Sagan who is an astronomer. The couple had two sons, Dorian Sagan and Jeremy Sagan. In 1964, they divorced, and Lynn got married to Thomas Margulis who was a crystallographer. From the marriage, they had a son, Zachary Margulis Ohnuma and a daughter Jennifer. She died on November 22, 2011, of a brain hemorrhage in Amherst.