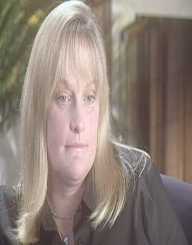 Deborah Jeanne Rowe was born on the 6 December 1958. Her parents were Barbara Chilcutt and Gordon Rowe. She has one sister.

Deborah Jeanne Rowe qualified as a nurse and was working for dermatologist Arnie Klein when she met Michael Jackson, a patient of Klein’s.

Deborah Jeanne Rowe came to public attention when she married superstar Michael Jackson on the 15 November 1966. They had become good friends, and she had offered to have children with him. They married in Australia in September 1996. It was Rowe’s second marriage; her first had been to Richard Edelman.

Deborah Jeanne Rowe had two children with Michael Jackson: a boy, Prince Michael and a girl, Paris-Michael. The couple divorced in October 1999. After the birth of their second child, Rowe could no longer conceive children and the couple divorced in 1999. Rowe received $6 million plus a Hollywood mansion the couple had lived shared. She gave up parental rights and was allowed a visit every six weeks. In 2001, she terminated her parental rights legally.

In 2005, when Jackson had child-molestation accusations made against him, Rowe supported him. In 2006, she tried to have her parental rights reinstated. During court proceedings, she said that Jackson had not met his financial commitments towards her. Later, the matter was settled out of court. Rowe then moved to Palmdale California. She married a third time and later was widowed. In 2009, Rowe reached an agreement with Katherine Jackson (Michael’s mother and legal guardian of his two children) to be allowed supervised visits.

In 2016, it was reported that Deborah Jeanne Rowe had breast cancer.