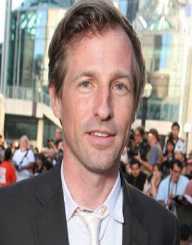 Spike Jonze is a television producer, director, actor, and Screenwriter. He is the brain behind several popular music videos, television commercials, and feature films. He is also a multiple award winner and has also been nominated for numerous awards. He is very good at what he does and remains one of the best in the business of making videos. Jonze is known for his captivating, humorous and innovative videos. He is a great mind and his high quality videos are sure to leave you amazed and wowed. Let us get to meet Spike Jonze.

Spike Jonze was born on the 22nd of October, 1969 in Rockville, Maryland. He was born to the prosperous Spiegel family. Jones was born Adam Spiegel to Arthur H. Spiegel and Sandra L. Granzow. His parents got divorced when he was still very young and his father remarried. Jones was brought up by his mother Sandra, alongside his brother Sam and his older sister Julia.

Jonze studied at Walt Whitman High school. He spent most of his time in Bethesda Community store. The store owner, Mike Henderson then gave Jonze the nickname, Spike Jonze. He actively participated in skateboarding and BMX bicycling competitions. His keenness for the BMX sport enabled him to work for the Rockville BMX store in Maryland. He engaged in the act of taking photographs of BMX demos. His skills and craft in photography impressed his friends, Mark Lewman and Andy Jenkins, who were editors at the Freestyling magazine. They then offered him a job at the magazine, as a photographer for the magazine. Jonze moved to Los Angeles immediately after his high school graduation at the age of seventeen to pursue a career in photography. It sure turned out to be a wise choice.

He and his friends, Lewman and Jenkins then formed Dirt, which was a spin-off of popular teen magazine Sassy. The magazine, Dirt was aimed at teenage male readers and was successful.

Jonze continued to wax strong in his photography profession. He became popular among skateboarding teams and was highly regarded amongst them. He shot videos for many of these teams and this culminated in him shooting a video, 100%, which featured skateboarders. His continued success and popularity led him to his breakthrough video, Sabotage. Sabotage was the video for the music band, Beastie Boys and it earned rave reviews, throwing Jones into the spotlight. The sabotage video showed the band members fighting, sliding and setting off explosives while being adorned in fake hairpieces. The video earned four MTV Music Video Awards, with Jones walking away with the Best Director Award.

He also directed the music video for Weezer's Buddy Holly. His creativity and innovation were highly commended in this video. The video featured the Weezers band performing while wearing attires from the 1950s. The band performed as if they were in a scene from the American television show Happy Days. Jonze's sense of humor is so lovely to see in the video. He went on to direct videos for notable artistes such as the Chemical Brothers, Puff Daddy, Bjork, R.E.M and the Breeders. He also directed televi0sion commercials for brands such as Nike, Nissan, Sprite and Coca Cola.

Jonze's skill sets are not only suited for behind the camera. He also has proven success on screen. He first appeared onscreen in Francine McDougall's Pig (1996). He went ahead to appear in short films as well as bit roles in some movies. He directed the video for the hit single 'Praise You' by British DJ Fat Slim. He also starred in the video as well. In 2001, he directed another video for Fatboy Slim, for the song “Weapon of Choice” and the video displayed the extent of Jonze's talent. He showed the ability for long tracking shots and beautiful visual images without explanation. The weapon of choice video showed movements that defied physical laws. A particular scene of note showed actor, Christopher Walken tap-dancing in an empty hotel room. Jonze also worked on the film Bed, Bath and Beyond (1996), a film co-written by his future wife, Sofia Coppola The film was co-written by Jonze's future wife, Sofia Coppola.

Jonze failed to get a deal worth $25 million to direct the adaptation of the children's book Harold and the Purple Crayon but soon after signed a production and development deal with Propaganda films and has continued to churn out great quality videos works, both as a director or as an actor. His first full length directional feature film, Being John Malkovich earned him enormous reviews and got him nominated for the Academy awards best director category. He has gone ahead to direct more notable projects such as Human Nature (2000), Adaptation (2002), Where the wild things are (2009), and Her (2013). Her is a 21st century romantic comedy and won him the 2014 Golden Globe Award for the Best Screen Play as well as the 2014 Oscar for Best Original Screen Play. This Oscar was his first Oscar and was a great achievement for the genius director.

Jonze has also directed music videos for stars such as Lady Gaga (Dope) and Kanye West's Only One (2010) in which Kanye appeared with his young daughter, North. He recently directed an Apple Home Pod advertisement which starred the musicians, FKA twig. He also co-founded the television channel, Viceland, and served as the Co-president and creative director.

Jonze's personal life can be described as one of love turned sour literally. He got married to Sofia Coppola, an actress, and director, just like himself in 1999. The wedding held at Napa Valley Vineyard, a property owned by Sofia's father. The marriage lasted just four years as they filed for divorce in 2003, citing irreconcilable differences.

He has gone on to date other women, though none of them have resulted in marriage. He was involved with singer Karen O, in 2005, Michelle Williams in 2008 and Japanese actress Rinko Kikuchi, in 2010.

Jonze works show just what a great thinker and innovator he is and goes to tell us that we should all think outside the box.