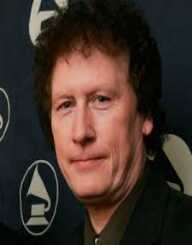 Multiple Grammy Award-winning music producer, guitarist, and songwriter, Randy Lynn Scruggs, was born on August 3, 1953, in Nashville, Tennessee, United States of America. He was the middle child of the legendary banjo great Earl Scruggs. Since childhood, he was surrounded by all kinds of music. He had his first introduction with a musical instrument called autoharp at the age of six.

His fascination with music began with the playing of the autoharp. Watching his passion for music, his father bought him a guitar. Randy started playing the instrument so often that it became a regular occurrence when his father found him asleep with the instrument across his stomach.

Randy Lynn Scruggs accompanied his father and Lester Flatt on their syndicated television show and participated in the show along with them at the age of nine. At age 13, he had his first recording session.

Music was the essence of his family, and all of his family members regularly engrossed themselves with impromptu jam sessions at their home. Many contemporary maestros of the music world regularly attended these sessions. Prominent among them were Carter family members led by American country musician Mother Maybelle Carter, Linda Ronstadt, Johnny Cash, Neil Young, and The Byrds.

He had his early influence from his father’s syndicated television show Flatt & Scruggs. With time, he learned the nuances of the country and bluegrass music from the stable of the Carter family, Doc Watson, Muddy Waters, Michael Bloomfield, Duane Allman, and Eric Clapton (at a later stage).

Randy Lynn Scruggs formed a two-member rock band along with his older brother Gary Scruggs when he turned 16. They recorded two albums for Vanguard Records in 1969 and 70. Soon, the brother duo formed another progressive country-rock band titled Earl Scruggs Revue headed by their illustrious father. In 1979, a single titled ‘I Could Sure Use the Feeling’ released by this group rose to the Top 30.

As a part of the rock band, the brother duo played ‘Foggy Mountain Breakdown’ and ‘Earl’s Breakdown’ along with some of Earl’s instrumentals. Randy also participated in the recording sessions of the Nitty Gritty Dirt Band’s country and roots music landmark album ‘Will the Circle be Unbroken’. He also made a significant contribution to the album with his instrumental ‘Both Sides Now’.

The Earl Scruggs Revue later came up with two ‘Circle’ albums. Among these two albums, volume two won the 1989 CMA Award for Album of the Year. As a music producer, he won the 1995 CMA for Single of the Year for his production work on Alison Krauss & Union Station’s “When You Say Nothing at All”.

Progress as a Songwriter

Randy Lynn Scruggs collaborated with singer Earl Thomas Conley during the early eighties. He co-wrote three songs of the same LP, which topped the country chart besides two other songs. As a songwriter, he was successful enough. His credits include "Love Don't Care (Whose Heart It Breaks)", "We Danced Anyway", "Don't Make It Easy for Me", "Love Has No Right",  "Angel in Disguise", and "Chance of Lovin' You".

His songwriting skill was put to good use when he worked as a lyricist for more than 100 songs. Singers such as Trisha Yearwood, Sawyer Brown, Waylon Jennings, Patty Loveless, Earl Thomas Conley, Steve Wariner, Deana Carter, John Anderson, and Ricky Skaggs recorded the songs penned by him.

In 1998, Randy Lynn Scruggs recorded his debut solo album ‘Crown of Jewels’ featuring 12 songs. The album is a product of all of his combined experience as a producer, writer, and musician. In his own words, this album is a career summary where he put all the elements, he had learnt from his autoharp playing days until the release of the album. It became a reflection of his musical life.

Randy Lynn Scruggs won four Grammy Awards for his country instrumental performance in 1990, 1999, 2002, and 2005. The songs are ‘Amazing Grace’, ‘A Soldier’s Joy’, ‘Foggy Mountain Breakdown’, and ‘Earl’s Breakdown’. He has also received the award of the Musician of the Year twice by the Country Music Association Awards.

Randy Lynn Scruggs tied the nuptial knot with Sandy Scruggs. They had one child. He breathed his last on April 17, 2018, after a brief illness. Randy is survived by his wife, his daughter, Lindsey, and his brother Gary.