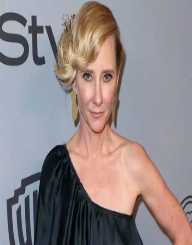 A common face in several of the Hollywood films & TV shows of the 1990s and early millennium, Anne Heche is known for her roles in the films like Volcano, I know What you did Last Summer, Six Days Seven Nights and John Q. She also has her series, named Men in Trees.

Anne Heche was born on May 25, 1969, in Aurora, Ohio. She was raised in a conservative household with her father a Baptist choir director, and a homemaker mother. She had four siblings of which three are deceased. Her father passed away when she was still a teenager.

Anne Heche had a tough time in her childhood, and later, claimed to have been abused by her father in her memoir. Her mother, however, denied these allegations.

Anne Heche had her break on the acting scene just after graduating high school. She was selected to appear in the soap Another World. In the series, she played twin sisters – one simple and shy, and the other bold and a troublemaker.

The role brought her quite some attention, and the critics praised her performance.

Anne Heche made her debut in movies in 1993 with the film An Ambush of Ghosts. It was moderately successful and didn’t give Heche the exposure she was looking for.

However, she became quite famous for her role in the movie Donnie Brasco, which came four years later, in 1997.

After Donnie Brasco, Heche became a sought-after actress. She was cast in the film Volcano opposite Tommy Lee Jones in 1997. She also landed a role in the film Wag the Dog starring Dustin Hoffman.

In the year 2001, Anne Heche published her memoir, Call me Crazy. It shed light on her relationship with her estranged mother, and she discussed how she faced child abuse.

Anne Heche claimed that her mother knew all about it and did not raise her voice. Her mother denied these allegations, and her sister also felt that their mother was right. They remain estranged today.

Anne Heche made an appearance on Broadway in the play, Proof.

Anne Heche has received several awards and nominations in her career. She earned the 1991 Daytime Emmy Award for Another world, in which she played twins.

Anne Heche dated comedienne Ellen DeGeneres in a lesbian relationship for three years 1997 to 2000. Their relationship drew lots of media attention, and when they split up, it left her heartbroken.

Anne Heche recovered and married Coley Laffon from whom she has a son named Homer. After separating from Laffon, Heche married James Tupper. They have a son named Atlas.