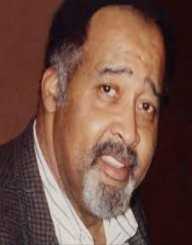 Jerry Lawson was born on December 1st, 1940.  He was an American electronic engineer. During his time, Lawson boasted as one of the few African-American minds in the computing industry. He announced himself to the world when he invented Fairchild Channel F gaming pack. This turned out to be the first home video game system with interchangeable games.

Jerry Lawson was born on December 1st, 1940, in Brooklyn, New York. His father equally had interests in science while his mother worked for the city. His parents both supported his interest in Scientific ventures.

Lawson credits his first-grade teacher for helping him pursue engineering. He spent his childhood repairing television sets and made a little money from it. Although he did not complete any degree,  Lawson went to Queens College and City College, New York.

Jerry Lawson first worked as an applications engineering consultant at Fairchild Semiconductor. He later handed himself a promotion as the Chief Hardware Engineer and director of engineering and marketing.

In 1976, he championed the development of Fairchild Channel F console. This system had the ability of cartridge swap and the first of its kind. This enabled users to buy and store a library of games, popularizing the sale of cartridges for console manufacturers.

He was a member of the famous Homebrew Computer Lab, a group which would later produce brilliant minds like Steve Jobs and Steve Wozniak. After leaving Fairchild in 1980, he founded a development software company called Videosoft.

In 2011, he received an honorary for his work by the International Game Developers Association (IGDA).

Jerry Lawson died on April 9th, 2011 in Mountain View, California. He struggled with diabetic complications which resulted in him losing one leg and sight.