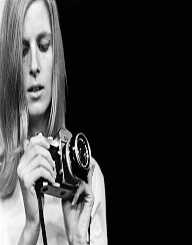 Linda McCartney was an American photographer, animal rights activist and musician born on September 24th, 1941. She was also a publisher and an entrepreneur who battled with cancer. Linda also served at Town and Country magazine as a receptionist as a means of earning a living. As the founder of the Linda McCartney Foods company, she also published several cookbooks for vegetarians.

Linda McCartney was born on September 24th, 1941. Her place of birth was in New York in the United States and was raised in Scarsdale Town of Westchester County in New York. She was the second born child of Leopold Vail Epstein and Louise Sara Eastman. Leopold was a served in New York City in the department of entertainment law. Sadly, she lost her mother to an air crash in 1962 and Linda has since then been afraid of flying.

She had an older brother called John and two baby sisters Laura and Louise Jr. Growing up, Linda McCartney developed a keen interest in animals.  John her brother went ahead to study law when he grew up. Linda, on the other hand, did not like complicated courses. In fact, she was considered as the ‘black sheep” where education matters were concerned.

In 1959, Linda McCartney graduated from Scarsdale High School. Afterward, she enrolled in Vermont College where she studied arts.  By 1961 she was through with her studies and was awarded a degree in Associate of Arts. Subsequently, she took courses in Fine Arts at the University of Arizona.

In June 1962, Linda McCartney tied the knot with her college sweetheart Melville See Jr. Six months later, the couple was blessed with a daughter Heather Louise. Their marriage was not an easy one for they had different lifestyles that could not accommodate each other. Eventually, they parted ways in June 1965.

Linda’s second marriage was to Paul McCartney. The two met in May 1967 and wedded in March 1969. Together they had two daughters Mary and Stella. They also had a son James, and Paul became the adoptive father of Linda’s daughter Heather.

Linda’s first job was as a receptionist for Town and Country magazine before she launched her career as a rock photographer. Her work appeared in the lead magazines like LIFE, Rolling Stone among other popular magazines. In 1967, Linda began working with the Beatles rock band.

Linda McCartney published many books during her career for she loved expressing herself artistically. Her book Linda's Pictures was published in 1976 followed by Sun Prints in 1989. Later in 1992, Linda McCartney's Sixties: Portrait of an Era was released. In 1996, her other book Roadworks was also published.

Linda McCartney breathed her last on April 17th, 1998 after battling with breast cancer. She was 56 years old at the time.