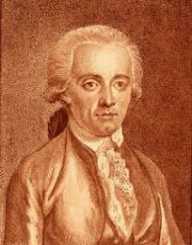 Jean Pierre Francois Blanchard worked on the concept of the design of heavier-than-air flying machines during the 1770s. During the early 1780s, he was inspired by the hot air ballooning of the Montgolfier brothers. On the 2 March 1784, he made his first ascent in Paris, France. On the 7 January 1785, along with John Jeffries, Blanchard ascended from Dover Castle, in Kent, England at 1 p.m.in the afternoon. They landed in Guines, Pas-de-Calais, France after a trip of two and a half hours. The mail the pair carried on the trip was successfully delivered and became the first international airmail.

Jean Pierre Francois Blanchard made various flights in Europe before attempting the first balloon flight in the United States. On the 9 January 1793, he ascended from Washington Prison Yard in Walnut Street, Philadelphia, Pennsylvania aboard a hydrogen silk balloon and landed near the village of Deptford, Gloucester County, New Jersey. It was Blanchard’s 45th ascent, and President George Washington was a witness to the event.

Returning to Europe, Blanchard continued flying balloons and giving demonstrations and exhibitions. He taught his wife Marie Armant to fly balloons, and she took part in the displays and exhibitions he gave. Then in February 1808, flying over The Hague, Blanchard had a heart attack, and balloon fell to the ground. He was severely injured and died in The Hague on the 7 March 1808. He was 55 years old.

His wife, Armant continued with ballooning before dying in a ballooning accident in 1819 when her hydrogen balloon exploded over Paris France during a fireworks display.