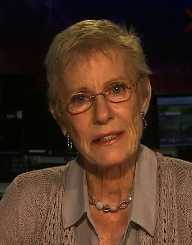 He was an alcoholic. Her mother was a cashier by profession and suffered a psychological disorder called clinical depression. She was quite susceptible to violence on account of her psychological problem. Patty was the youngest of three children born to her parents comprising of elder brother Raymond and elder sister Carol.

All three of them had a difficult childhood due to their father’s alcohol-related problem and mother’s psychological disorientation. Her mother parted with her father when she was six-years-old. At age eight, she was handed over to John and Ethel Ross, who was entrusted to look after the acting career of her brother Raymond, for suitable grooming to make her a child actor.

They became her guardians in due course of time. In her later life, she revealed that both her so-called guardians abused her sexually and also forced her to consume drugs. They exploited her to the hilt in making her acting career.

They also often presented wrong information about her acting career to lure prospective employers and obtained a major share of her earnings quite unreasonably. They changed her name from Anna to Patty with the hope that she will replicate the success of the actress Patty McCormack.

Patty’s acting career began by appearing on a few commercials and a few movies in minor roles. During the 1950s, she appeared on the soap opera ‘The Brighter Day,’ which is one of her earlier acting roles. At age 12, she participated in a spelling contest called ‘The $64,000 Question’ and won $32,000. It was later found out that the program was orchestrated.

Patty Duke was summoned to testify before a US Senate investigation panel and admitted to speaking falsely under specific instruction to do so. In 1959, she appeared in a television adaptation of ‘Meet Me in St. Louis’, a 1944 MGM musical film. She played the role of Tootie Smith, portrayed by Margaret O'Brien in the original film version.

Her first breakthrough role happened when she played the role of Helen Keller in the Broadway play ‘The Miracle Worker.’ The play was staged successfully from October 1959 to July 1961. In 1962, the play was made into a film of the same name with Patty again featuring as Helen Keller. Patty earned an Academy Award for her performance in the category of Best Supporting Actress, making her the youngest ever person, at the age of 16, to win an Oscar Award at that point of time.

The record was later broken in 1973 by Tatum O'Neal for her performance in the film ‘Paper Moon.’ Patty also won a Golden Globe Award as the most promising newcomer for the film ‘The Miracle Worker.’ In 1961, she appeared in a television program titled ‘The Power and the Glory’ based on a novel of the same name by British author Graham Greene.

Following the euphoria of winning an Oscar so early in her career, Patty began to unwind herself a bit. The trauma she faced from her alcoholic father and a maniac mother in her childhood and her sexual exploitation by her so-called mentor-cum-guardians started taking its toll on her.

Though she continued to work diligently, her private life slowly disintegrated with a binge of heavy drinking and drug abuse. She also attempted suicide several times during this period.

Well-known American writer and producer Sidney Sheldon created a special situational comedy show for her and named it ‘The Patty Duke Show.’ The ABC sitcom started airing on September 1963. Patty was already showing the signs of the psychological disease called the bipolar disorder inherited from her mother.

Sidney Sheldon observed a split personality trait inside Patty and decided to cast her in the dual roles of two cousin sisters with contrasting personalities. The TV program successfully ran for three full seasons. Patty Duke earned an Emmy Award nomination for her performance in the sitcom.

After the conclusion of ‘The Patty Duke Show’ in 1966, she played the character of Neely O'Hara in the 1967 American drama film ‘Valley of the Dolls’. The film was a commercial success.

However, critics and a major portion of audiences were unable to come to terms with the depiction of an American teenager as an alcoholic and drug-addicted singing star. Though the film almost destroyed Petty’s career immediately after its release, it was considered among the cult classics in later days mainly due to her strong, over-the-top performance.

In 1969, Patty again stole the limelight after her starring performance in the 1969 comedy-drama film ‘Me, Natalie’. She won her second Golden Globe Award for Best Actress (Musical or Comedy) for her portrayal of an ugly Brooklyn teenager trying to meet both ends and grappling to make a living.

The couple was blessed with a child. Her third marriage was with John Astin, solemnized on August 5, 1972. They together have a child. This marriage also ended in divorce on November 3, 1985. On March 15, 1986, Patty Duke tied the nuptial knot for the fourth time to Michael Pearce, a drill sergeant. They remained together until her death. They too have a child together.

On March 29, 2016, Patty Duke died in Coeur d'Alene, Idaho after having contracted sepsis due to her ruptured intestine. She was 69 at the time of her death.