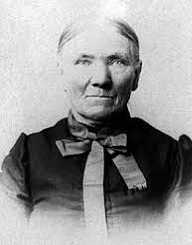 Sarah Goode was an African American business lady and furniture maker. Her invention of the folding bed-cum-stationery cabinet became a wonder to the American society.

Sarah Goode was born in the year 1855 in Ohio. She was the second child of Oliver and Harriet Jacobs. She adopted the name Goode after her marriage. Her father was a furniture maker. In 1870 after the American civil war the family went to live in Chicago. She did not have a formal education. Like most children of her era, finding a school for black children was unlikely. Black children learned a trade from their family members. Goode learned carpentry and furniture making.

After she got married, she opened up a furniture store with the help of her husband. Her carpenter husband helped out in the making of the wares. The frequenting clients were the middle-income earners of the Chicago black community. Most of them lived in squeezed houses. The apartments had no room to fit the necessary furniture. Many of them survived with just the basic of the needed furniture in their homes.

With the client in mind, Goode and her husband came up with a solution. She designed a folding bed. During the night the bed could be spread and slept on. In the morning, the owners could fold the bed and turn it into a wall cabinet. The design was stable to spread the weight of the utensils and other household stationeries. With the new invention, space was no longer an issue. The bed could be placed in the living room or the bedroom. The other issue of double purchasing a bed and a cabinet desk was dealt with. The residents of Chicago did not have to buy a bed in the bedroom and a cabinet in the living room.

The popularity of the bed was high. Like all other major inventions, the folding bed was created out of necessity. It was a solution to the problem people were facing. Gradually she got orders to deliver the bed in the Chicago homes. When the demand soared, Goode decided to patent her creation for royalties. She applied for a trademark patent in 1885. On 14 July 1895 Goode received her patent number 322,177. Her invention was legally safe from industrial piracy.

The debate over who is the first recipient of the patent number in the African American society rages on. Some claim that Goode was the third or even fourth African American woman to patent her creation. The first one was Judy Reed in 1880. She patented a dough kneading machine. Critics put Miriam Benjamin as the second in 1888. She created a hotel chair which could raise the waiter to attend to a client.

Whether she was the first or third, the debate will be rested once the protagonists put their conclusive evidence from the trade and commerce department on the table. The only indisputable fact is Goode patented her creation at a very tender age. That was a milestone in the history of the black women in the US.

Sarah met her future husband to be in Chicago. Archibald Goode was a native of Virginia. The two got married in 1880. It was here that she changed her name to Sarah Elisabeth Goode. The couple got six children, but only three of them survived infant mortality.

Goode lived with her family in Chicago for the rest of her life. She died on 8 April 1905 in Chicago.

Sarah Goode learned about the art of furniture making from her father. As she became of age, she married a carpenter husband. It was imperative for her to be useful in her ambition to excel in the trade.

The patent was the first, so it is said, to be awarded to an African American woman in the US. More African American women went on to patent their original work from piracy and earn royalties. To honor her spirit of inventions, a school was named after her in the city of Chicago. The Sarah E. Goode Stem Academy is an institution that gives exposure to students who are gifted in math and science.