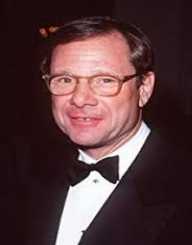 Michael Ovitz is an American entrepreneur.

Michael Steven Ovitz was born on December 14, 1946, in the city of Chicago, Illinois. He came from a Romanian Jewish family. His father, David, was the owner of a liquor store. He had a brother named Mark. He spent a large part of his childhood in Encino, California.

Michael Ovitz attended the Birmingham High School in Van Nuys. He then became a pre-med student at the University of California at Los Angeles. He soon switched his major to film and television, graduating in 1968. He then enrolled at law school, but he soon dropped out.

During his time at college, Michael Ovitz worked as a part-time tour guide at Universal Studios. After graduating, he joined the William Morris Agency. He started in the mailroom and eventually became a television agent. He worked with different networks and television hosts. Still, he was unhappy with the low pay and the lack of opportunities. In 1975, he left the William Morris Agency with four of his colleagues. Together they formed the Creative Artists Agency. They loaned money from a bank and rented a small office. Their wives worked as secretaries and receptionists.

By the early 1980s, the CAA became the third-biggest talent agency in Hollywood. They established lower rates than other agencies and offered great package deals. They represented actors, directors, and screenwriters. They eventually expanded to advertising and investment banking. Ovitz became the President and the Chairman of the Board of the CAA. He represented actors such as Tom Cruise, Sylvester Stallone, Kevin Costner, and Michael Douglas.

Michael Ovitz represented directors such as Steven Spielberg and Sydney Pollack. He helped negotiate business deals for companies such as Sony, Panasonic, Universal Pictures, Columbia Pictures, and Coca Cola. He managed to increase the salaries of many actors and producers significantly. He became one of the most powerful and influential men in Hollywood.

In 1995, Ovitz left the CAA and joined The Walt Disney Company. He became the company’s president, working under chairman Michael Eisner. He did not adapt well to his new position, making a series of bad business decisions. He had numerous disagreements with the company’s employees and chairman. In 1996, he was fired from the job and received a hefty severance package.

In 1998, he became the head of Livent, a company that stages Broadway plays. He founded and sold several other companies. They include the Artist Television Group, the Artist Management Group, the Artist Production Group, and the Lynx Technology Group. In 2010, he co-founded Broad Beach Ventures, a venture capital fund. He became a private investor in many Silicon Valley companies. They include Palantir, Medium, Klout, and many others. He was a member of the Board of Directors of Opsware, Gulfstream Aviation, and J. Crew. In 2018, he published his memoir, titled Who is Michael Ovitz.

In 1999, Michael Ovitz headed the Capital Campaign to raise money for the new hospital at UCLA. He served on the Board of Directors of D. A. R. E. America, the Children’s AIDS Foundation and the Children’s Scholarship Fund.

Michael Ovitz is one of the top art collectors in the world. He owns hundreds of paintings by artists such as Pablo Picasso and Mark Rothko. He is a member of the Board of Directors of the Museum of Modern Art.

In 1969, Michael Ovitz married a woman named Judy Reich. They have two sons, named Eric and Chris, and a daughter named Kimberly. Ovitz and his wife eventually separated, but they did not legally divorce. In 2015, he became engaged to British fashion designer Tamara Mellon.