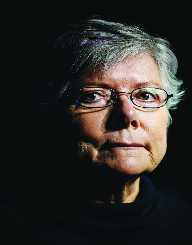 Matilda Joslyn Gage was born on March 24, 1826. She was a women’s rights activist and a women’s suffrage leader. She was popular in the 19th Century.

Matilda Joslyn Gage was born on March 24, 1826, in Cicero in New York. She was born to Hezekiah and Helen Leslie Joslyn who were supported of liberal social reforms. She received her education at home. She was taught by her father. She learnt Greek, Physiology, and mathematics. She later joined the Clinton New York Liberal Institute.

In 1852, Matilda Joslyn Gage gave a speech at the Third National Women’s Rights Convention held in Syracuse. She got involved in the women’s rights movement after the speech she gave out. Her speech was later published as it had become popular since it was about slavery and how women are denied their rights. In 1869, she became a member of the Advisory Council of the National Woman Suffrage Association. In 1875, she became the President of the organization. In 1875, she made an appearance before the United States Congress to state under oath in favour of a suffrage Bill which was being deliberated.

In 1876, Matilda Joslyn Gage wrote an essay at the NWSA in Washington after the Bill did not materialize. The article put an end to attempts of some government officials to get rid of the convention. In 1878, she began a monthly journal known as ‘The National Citizen and the Ballot Box’ which highlighted the plight of women prisoners and prostitutes. The journal also opposed Class Legislation. She was determined to ensure that women are allowed to vote. Later New York granted women the right to elect members of the School Boards.

In 1872, Matilda Joslyn Gage supported Victoria Woodhull, Susan Anthony, and Grant who voted in the Presidential election. In 1890, he established the group Woman’s National Liberal Union (WNLU) which was formed as a reaction to the conservative takeover of the suffrage movement. She was also the editor of ‘The Liberal Thinker’ which was a journal of WNLU. She wrote several pamphlets, essays, and books that highlighted women’s rights over their bodies and lives. Some of her works include ‘The Woman’s Bible,’ ‘Woman as Inventor,’ ‘History of Human Suffrage’ and ‘Woman, Church and State’ among others. She was later imprisoned for assisting slaves who had escaped.

Matilda Joslyn Gage got married to Henry Hill Gage with whom she had five children, Thomas, Henry, Julia, and Charles. She died on March 18, 1898, in Chicago.