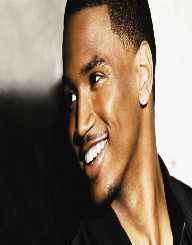 Tremaine Aldon Neverson was born on November 28, 1984, in Petersburg, Virginia. His mother April had him when she was 17 years old. his mother and stepfather raised him as a military brat. As a child, he had no intentions for a career in music, because he was shy and didn’t think music was for him.

Songz noticed his singing abilities when he was 14 years old. He was encouraged by his friends and family to perform when he was in highs school. Troy Taylor professionally discovered Songz during a talent show in 2000, which led to signing a records deal. In 2003, Trey graduated Petersburg High School and moved to New Jersey to begin work on his debut record.

Trey Songz began the work on his first record in 2002, but meanwhile, he released several songs under the alias Prince of Virginia. His first album I Gotta Make It was released in 2005 and debuted at No.20 on the Billboard 200 list. The album and single with the same name was successful in the R&B/Hip-Hop community but did not succeed as well in the mainstream music.

In 2006, Songz started working on a follow-up album, and employed several artists, like Bryan-Michael Cox and R. Kelly to help him in creating his new album. The album Trey Day was released in 2007. Its first week, the album reached No. 11 on the Billboard list and sold 73,000 copies. The lead single from the album “Wonder Woman” reached No. 54 on the Hot R&B/Hip-Hops list. His next single “Can’t Help but Wait” was featured in the film Step Up 2 Streets. This finally made Songz name to be recognized in the mainstream music, and the single reached No. 14 on the Hot 100 list. It was also nominated for a Grammy Award.

In 2008, Trey Songz began his work on the next album, and the following year Ready was released. The album sold 131,000 copies in its first week and reached the Top 10 on Billboard 200. It also earned Songz his first platinum certification. One of the singles for album promotion, in collaboration with Drake “Successful”, became an instant hit. It was also featured on Drake’s album So Far Gone. Drake and Songz also collaborated for the single “I Invented Sex.”

In 2010, Trey Songz was the opening act on Jay-Z Fall Tour. The same year, documentary series Tray Songz: My Monet were also released and received positive reviews. The series follows Trey during his time on Jay-Z’s tour. In 2010, Songz also released his fourth studio album Passion, Pain & Pleasure. The single “Bottoms Up” became Songz biggest hit so far and was certified 3x Platinum.

In 2011, Songz released his EP Inevitable, and the following year, his album Chapter V was released. To promote the album, Songz embarked on the Anticipation 2our in North America.

In 2013, Trey Songz announced that he already had recorded eight songs for his new studio album. He released the singles “NaNa” and “SmartPhones” to promote his upcoming album. In 2014, the album Animal Ambition was released. It sold around 104,000 copies in its first week.