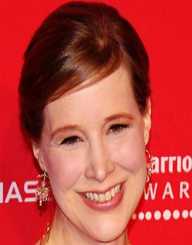 Ann Patchett is an American journalist and novelist who published a number of books, most notable among them are Bel Canto which won her PEN/Faulkner and a nomination for the Orange Prize. She has also written for numerous well-known magazines such as The Washington Post, The Oprah Magazine, The New York Times Magazine, Vogue, GQ, and Gourmet and even worked for Seventeen magazine for nine years. She is listed under Time magazines' 2012 edition of 100 Most Influential People in the World.

Born in Los Angeles, California on December 2, 1963, Ann Patchett was the younger of the two daughters of novelist Jeanne Ray. She has an older sister, and her father was a man named Frank Patchett who worked as a policeman. Before her mother became a novelist, she first worked as a nurse, and their family lived in Los Angeles. Her parents divorced when she was young, and her mother remarried that led to their relocation from Los Angeles to Nashville, Tennessee when she was six years old.

She is married to her husband Karl Van Devender, and the couple currently resides in their home at Nashville, Tennessee.

Ann Patchett enrolled at St. Bernard Academy which was run by the Sisters of Mary where she spent her formative years. Upon graduation, she proceeded to enroll at Sarah Lawrence College and the University of Iowa where she participated in its Writers' Workshop. Besides attending the said workshop, she also attended the Fine Arts Work Center which is located in Provincetown, Massachusetts where she produced her first novel, The Patron Saint of Liars in 1992.

The book The Patron Saint of Liars was later adapted into TV film of the same title and released in 1998. Her second book was published two years after her first work in 1994, entitled as Taft and earned her a Janet Heidinger Prize for Fiction. The work was followed by her third novel in 1997 called The Magician's Assistant, but it was not until the release of her fourth novel in 2001 entitled Bel Canto did she gain worldwide recognition.

The plot of the book revolves on the story of a hostage-taking by terrorists of high-ranking executives which was adopted into the film later starring Julianne Moore and Ken Watanabe. The book not only won her a PEN/Faulkner Award but it also shortlisted Patchett into the National Book Critics Circle Award. Her other works include the novel Run which was published in 2007 and What Now? the following year in 2008.

Other Works and Involvements

Ann Patchett established a bookstore called Parnassus Books alongside Karen Hayes in 2010 of which the first physical store opened in 2011. The bookstore soon expanded its horizon by riding alongside food trucks for the children's easier reach in 2016.