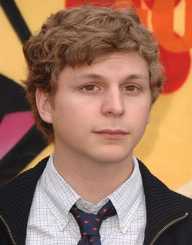 Michael Cera is a Canadian actor, comedian, and musician.

Michael Austin Cera was born in the city of Brampton, Ontario, Canada, on June 7, 1988. His parents are Linda and Luigi Cera, workers at the Xerox Corporation. He has two sisters named Jordan and Molly.

Michael Cera studied at the Conestoga and the Robert H. Lagerquist public schools. He enrolled at the Heart Lake Secondary School, but he soon dropped out of regular studies and took online classes until his graduation.

Michael Cera started acting when he was just eight years old. With the help of his family, he searched for jobs in both Canada and the United States. He scored an unpaid commercial for Tim Hortons, and a paid one for Pillsbury. After that, he went on over 200 auditions for commercials. He did not get a single part.

In 1999, he was cast in I Was a Sixth Grade Alien, a children’s show that aired in Canada, Australia, and the United Kingdom.

Cera’s career finally started to take off. He got supporting roles in the films Frequency, Steal This Movie, Ultimate G’s, and Confessions of a Dangerous Mind.

Michael Cera appeared in television films, such as What Katy Did, Switching Goals, and The Familiar Stranger. He worked with stars such as George Clooney and the Olsen twins. He also got voice parts in Rolie Polie Olie, The Berenstain Bears, and Braceface. In 2002, he starred in the pilot for The Grubbs, a sitcom produced by Fox. It never reached the air.

In 2003, Michael Cera got the part in another Fox production, Arrested Development. The sitcom depicted a dysfunctional family that had lost its entire wealth. He played the role of the teenager George Michael Bluth. The show received great critical acclaim, winning six Emmy Awards and one Golden Globe.

Still, it did not attract a big audience, so it ended after three seasons. Despite not achieving great popularity, this show depicted one of Cera’s best-known roles. The sitcom was later picked up by Netflix. Seasons number three and four were released in 2013 and 2018.

In 2006, Cera and his friend Clark Duke produced and acted in a few short videos they released online. In 2007, CBS aired their short comedy series, called Clark and Michael. That same year, he got the lead in two popular comedies. The first one was called Superbad. He and Jonah Hill played awkward students who tried to enter the party scene at their school. The second one was Juno. He played a high school student who got his friend pregnant.

Michael Cera appeared in numerous films in the next few years. He has mostly starred in comedies, such as Extreme Movie, Year One, Children’s Hospital, and many others.

He has also had roles in dramas, like The End of Love and Entertainment. In 2013, he worked on two Chilean films. He was a guest star on The Simpsons, Veronica Mars, and Twin Peaks. Along with a few other comedians, he started a YouTube channel for comedy, called Josh.

In 2014, Michael Cera made his Broadway debut, in the play. This Is Our Youth. In 2018, he starred in another play, Lobby Hero.

Apart from acting, Cera also sings and plays the bass. He has played with the bands Mister Heavenly and The Long Goodbye. In 2014, he released an album called True That. He received praise from critics for the melancholic and alternative style.

Michael Cera has received a Satellite Awards, as well as awards from the Film Critics Associations in Austin and Chicago. He has been nominated for a few Teen Choice Awards and MTV Movie Awards, among the others. In 2018, he was nominated for the prestigious Tony Award.