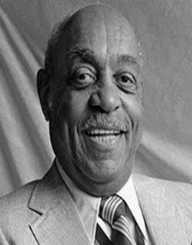 Bennett Lester Caster, known in music as Benny Carter was an award-winning American jazz musician. Born on August 8, 1907, he was also a prominent composer, arranger, and bandleader.

Carter was a trumpeter, clarinetist and a pioneer alto saxophonist. During his music career that spanned about eight decades, Carter wrote charts for bands including the Fletcher Henderson’s big band. Carter received nine Grammy Awards nominations, winning three including a Lifetime Achievement Award.

Bennett Lester Caster was born on August 8, 1907, in New York City. He received early piano lessons from his mother. He then learned the trumpet and briefly played the C-melody saxophone but ultimately settled on the alto saxophone. Carter’s passion for music surpassed that of education, so dropped out from Wilberforce College to pursue music fulltime.

Benny Carter played with several big bands as an alto saxophonist, trumpeter, and clarinetist. He performed with musicians likes Billy Paige, June Clark, and Earl Hines during the 1920s. He later toured with the Horace Henderson led Wilberforce Collegians.

His debut appearance on a record was in 1927 as a member of the Charlie Johnson led Paradise Ten. Carter re-joined the Wilberforce Collegian, becoming the bandleader through 1929. With no former education in arranging,

Carter picked a position as an arranger for Fletcher Henderson. He had to struggle to learn on the job through trial and error. His arrangements for Henderson included "Keep a Song in Your Soul."

After some years of working together, Benny Carter quit the position to become a leader of McKinney’s Cotton Pickers. His arrangements "Symphony in Riffs" and "Lonesome Nights," were examples of his writings for saxophones. After McKinney’s Cotton, he formed a big band in New York City with members including Teddy Wilson, and Chu Berry. Others were Dicky Wells, Chu Berry, Ben Webster, Sid Catlett, Bill Coleman, and Cozy Cole.

He perfected on the alto saxophone making him a pioneer on the instrument along with Johnny Hodges. He later fell in love with the trumpet and became one of the leading trumpet soloists of his time. During the 1930s, he did several recordings on the trumpet. In 1933, Carter and his band recorded Spike Hughes and His Negro Orchestra with British bandleader, Spike Hughes.

Work in Europe and later career

Around 1935, Benny Carter left the US for London where he worked as an arranger for the BBC Big Band. He also traveled around some European countries including France, Netherland, and Scandinavia, where he recorded with local musicians.

His return to the US in 1938 saw him form a big band, with members Vic Dickenson, Shad Collins, Freddie Webster, and Sidney De Paris. The band performed regularly at the Savoy Ballroom in Harlem until 1941. Carter formed several other bands with different members throughout his career.

Benny Carter arranged songs like “When Lights Are Low,” “Blue Star,” and “Waltzing the Blues.” His popular recordings include “I Can’t Believe That You’re in Love with Me,” “Six or Seven Times,” and “Dee Blues,” which he performed with his band Chocolate Dandies. He performed “Shoe Shiner’s Drag,” with Lionel Hampton and “Crazy Rhythm,” with Coleman Hawkins. In 1961, he led the recording of the album, Further Definitions.

In 1977, Benny Carter received an induction to the Down Beat Jazz Hall of Fame and into the Black Filmmakers Hall of Fame in 1978. The American Society of Music Arrangers and Composers awarded him the Golden Score award in 1980. Carter has three Grammy Awards including Grammy Lifetime Achievement Award in 1987. President Clinton awarded him the National Medal of Arts in 2000.