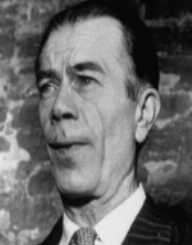 Willie Sutton attended school only until the eighth grade. It was after this that he dropped out of school.

After school, he had a few short-term jobs. However, he did this for less than a decade before he turned to a life of crime.

Willie Sutton began his life of crime when he was 18 years old. Along with two of his friends, he robbed a local office of over $10,000. The group was quickly caught with the money, but no charges were pressed against any of them.

In 1925, Willie Sutton got back to crime, after only taking a short five-year long break. He began working with another well-known criminal at the time, Edward Tate. Tate was able to teach Sutton about cracking safes and other tips to become a big name burglar, which he was able to accomplish in 1930. In this year, he robbed several jewelry stores and banks making off with over $100,000 in this year alone.

Throughout the 1930’s and 1940’s, he continued his spree of crime. However, he did not have any big hits during this time. He next major hit was in 1950 when he robbed another bank and stole over $50,000 in one day. It was also in this same year that Sutton was added to the FBI’s Ten Most Wanted Fugitives list.

Willie Sutton was arrested for the last time in 1952. He was put on trial and sentenced to life in prison plus 105 extra years. He was later given an extra 30 years to life in jail after the following trial. However, Sutton was later released in 1969 because of good behavior and failing health. Once out of prison, he made commercials advocating for youths not to turn to a life of crime. Ironically he also did commercials for banks. He did not commit any crimes once released from prison.

Willie Sutton is most famous for his life of crime, more than anything else. All in all, he stole millions of dollars, making him one of the most notorious bank robbers in American history. Even though Willie Sutton was a robber, he was not an extremely violent criminal. Although he did threaten people at gunpoint, he never killed anyone during his decades of robberies.

Even though Willie Sutton was busy with a life of crime, spending his days robbing banks or rotting away in prison, Sutton still found the time to co-author two books. His first book was published in 1953 and was written with Quentin Reynolds was titled I, Willie Sutton.

His second book, coming out a little more than two decades later in 1976, written with Edward Linn, was called Where the Money Was. Both of these books were biographical/autobiographical works.

Willie Sutton was first married to Louis Leudemann in 1929. This couple had one child together: Jeanie. However, she divorced him when he was arrested. He remarried in 1933 to Olga Kowalska.

Willie Sutton died on November 2, 1980, in Florida, USA. Up until this time, his health had been failing. His chronic emphysema contributed to his poor health and death. He was 79 years old when he passed away