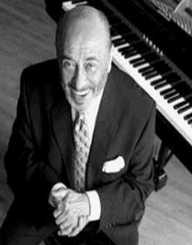 Eddie Palmieri is a Latin-American pianist, musician, and bandleader.

Eduardo Palmieri was born in The Bronx, New York City, on December 15, 1936. His parents were immigrants from Puerto Rico. His father, Carlos, was a television and radio repairman. His mother, Isabel, was a seamstress. His entire family was very musical. His uncles played the guitar, and his grandmother sang.

His most significant influence was his older brother, Charlie, who studied music at the prestigious school Julliard. He often followed him to his performances. He also took piano lessons because of his mother’s wish. At the age of 11, he performed at Carnegie Hall. At the age of 13, he started playing the drums in his uncle’s jazz orchestra. He quit a while later, and he came back to the piano.

With the help of his brother, Eduardo Palmieri started playing with different bands. He worked with musicians such as Johnny Segui, Vincentico Valdez, Tito Puente, and Tito Rodriguez.

In 1961, Palmieri started his band, called Conjunto La Perfecta. It consisted of several members, playing instruments such as the trombone, flute, bass, drums, and violin. Their music was a mixture of Latin style and jazz. They quickly became one of the most popular and most innovative bands among the Latin community in the United States. They released eight successful albums over the seven years they were together. They included the albums La Perfecta, Mozambique, Molasses, and others. The band broke apart in 1968.

Eduardo Palmieri soon started collaborating with his brother and a few other prominent musicians. Together they released the album Harlem River Drive in 1971, which received great critical acclaim. It contained Cuban and African influences, mixing jazz, salsa, funk, and soul. That same year, the album Eddie Palmieri& Friends in Concert was released, recorded at the University of Puerto Rico.

In 1974, Palmieri released his most successful album, called The Sun of Latin Music. The next year, he followed with Unfinished Masterpiece. In 1979, he took the stage at the Amandla Festival in Boston. During the 1980s, he returned to Puerto Rico. While there, he recorded three albums, including La Verdad, together with the salsa singer Tony Vega. He also formed a band called Eddie Palmieri Orchestra. His brother passed away in 1988, which paused his recording for a while.

Eduardo Palmieri released fourteen more albums during the 1990s. He participated in many concerts. In 1993, his song “Muneca” was featured in the film Carlito’s Way. The next year, his song “Puerto Rico” was in the soundtrack of the film Crooklyn. In 1999, the Ballet Hispanico of New York hired him to compose a suite.

In 2000, Palmieri announced that he was retiring from music, but he still kept working occasionally. That same year, he worked with Tito Puente on the album Masterpiece. In 2004, he directed a musical tribute to his brother at the Lincoln Center for the Performing Arts. In 2006, he released the album Simpatico together with Bryan Lynch.

Eduardo Palmieri has received numerous accolades throughout his career. Among others, he has won a total of nine Grammy Awards.  He became the first Latin musician to ever win a Grammy for his album The Sun of Latin Music in 1974. His next wins were in 1977 with Unfinished Masterpiece, and in the 80s for the three albums that he made in Puerto Rico. He won two more for his collaboration with Tito Puente. His last two wins were in 2006 and 2007.

Palmieri was honored by the Berklee College of Music, Yale University, and City College. He was inducted into the Chicago Walk of Fame and the Bronx Walk of Fame. He got lifetime achievement awards from the magazine Urban Latino and the Latin Academy of Recording Arts & Sciences. In 2009, his song “Azucar Pa’ Ti” was added to the Library of Congress as one of the 300 songs to represent the history of music in the United States.